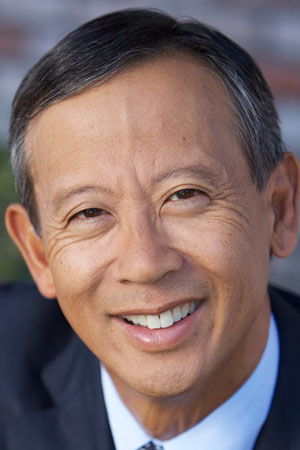 The biggest disappointment to me in this last election cycle was the campaign of Darrell Fong for State Assembly. Fong was missing in action in Elk Grove. For him to cede the entire city because Jim Cooper—his opponent—is on the city council was stupid. Cooper has the highest negatives of anyone in Elk Grove and arguable the entire county. When Cooper ran for sheriff a few years ago against Scott Jones, Cooper lost every precinct in Elk Grove to Jones. Cooper has been on the Elk Grove city council since 2000 when Elk Grove was incorporated.

Cooper hides behind his badge and Fong could have called him on it. Cooper is a constant “no show” at community events. Cooper never prepares for meetings. Cooper is in fact a lazy slug, but others let him hide behind his badge; if Jim can’t do the job then he needs to give-up on political life and just be a cop instead of doing a half-assed job of it.

I know a classmate of Cooper’s from his days at the University of Phoenix and it’s the same story. At Phoenix, most homework is done by small groups to encourage accountability and collaboration, Cooper never was prepared or did his share of the homework and was carried by the other members of his group. He did not earn the grade he was given.

Cooper has a reputation as a bully with a badge. He also seems to have fathered children in every assembly district in the county. While this is acceptable to many in the Democrat Party; us Republicans tend to go for the old fashioned one man-one woman relationship.

If anyone in Fong’s camp had paid attention to Cooper in the sheriff’s race, they had the golden issue to spank him with…traffic cameras. During the sheriff’s race, much was being made of the cutbacks in the department as tax revenues declined as a result of the collapse of the “housing bubble” and general economic slowdown. Cooper’s solution was to entirely fund the sheriff’s department from fines that resulted from traffic cameras. This is a matter of public record. Cooper wanted to exponentially increase their use in the county; hence my phrase “Cooper Cams”.

Fong should have tied the “Cooper Cams” around Jim’s neck like the Ancient Mariner’s albatross and sunk him with this issue. At every intersection with a traffic camera, Fong should have placed a sign that said, “Smile you’re on Cooper Cam” or “Every flash increases Cooper’s cash” or similar things. Link the traffic cameras to Cooper and he would be toast.

Lastly Fong should have contrasted his opposition to using public funds to subsidize the Sacramento Kings with Cooper’s support of using public funds for soccer in Elk Grove. Had Fong advocated this opposition and said that he would let voters decide the issue instead of committing them to the liability without asking, he would have stood a high probability of winning.