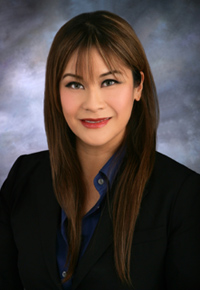 Over the week-end, I spent time at the annual convention of the California Republican Assembly.

The good news is that the convention was at Knott’s Berry Farm. The bad news is the park was closed due to weather. My family elected to “pay the mouse tax” as the Sith Lord calls a pilgrimage to Disney. My wife and two of the kids went to Downtown Disney to see The Lego Movie, eat lunch and shop. Meanwhile, daddy took a test for his on line accounting class and then went to the Saturday session of the convention.

Sunday saw my wife and kids get an early start and go to church while daddy attended the business meeting. Following this meeting was the first meeting of the newly elected Board. It is during the Board meeting that I saw something that was unusual and remarkable. I saw a candidate go from first to worst because of their position on abortion.

Under the CRA Bylaws, if there is no active club in a district—be it Assembly, Senate or Congressional—any endorsement in that race must be done by the State Board. One such race was the 55th Assembly District. In the race, three Republicans are actively campaigning: Ling Ling Chang, Phillip Chen and Steve Tye. Ling Ling had been working the group all week-end and even had a chance to speak during the Saturday Luncheon. Going into the endorsement proceedings she was the favorite. Phillip Chen was a distant second and the only question was could he get enough votes to prevent Ling Ling from receiving the require 2/3 vote needed for endorsement. Nobody had even heard of Steve Tye and I was surprised that he too was in the room.

Prior to the endorsement discussion I had met both Ling Ling and her husband. Both seemed like nice folks and I was planning to vote for her.

As the endorsement for AD 55 began, CRA President, John Briscoe started by introducing the man who was in charge of candidate surveys. Instead of going over all the questions, he said he would only go over the questions where the three candidates differed. Of these questions, the most glaring deficiency was that Ling Ling had left several life questions blank. This was a big yellow flag for the Board.

It was decided that candidates would go in alphabetical order (by last name) so Ling Ling was the first to address the group. She started by saying she was glad she was able to address the group and mentioned the prayer breakfast. After a few more comments, she then got to the blank questions on abortion. She stated that she was supportive of abortion for “the Reagan exceptions and the first few months”. Translation, she was for abortion in cases of rape, incest, life of the mother and during the first trimester. Then she was asked if she supported keeping the pro-life plank in the state party platform. Instead of saying yes, she said she would “support whatever the party wanted.”

First, I appreciate her honestly in answering the questions; but given her views why even try for our endorsement?

Phillip Chen then came up and said he was 100 percent prolife. He rolled-out his credentials that he was an evangelical Christian and loved God, country and family. Chen was then followed by Steve Tye who conducted himself well also.

After clarifying that No Endorsement would also be an allowable vote, the first of three ballots was conducted. On the first ballot, Ling Ling Chang got five votes, Tye got six, and Chen got about half. Many also voted not to endorse. As the person with the least number of votes, Ling Ling was then dropped from further consideration. Just like that, the perceived front runner was finished.

I was startled that my switch changed the proceedings from a deadlock to victory for Chen.

I did feel bad for Ling Ling. I felt she was just tone deaf to some issues that make conservatives passionate. (This opinion is due to the wording of a few other questions she answered in the candidate survey.) I am not saying that she had to agree with us or lie to get our endorsement, but she needed a more affirmative and confident answer. It could be that the issue hit too close to home and she did not want to speak about it publicly. If that’s the case, she needs our prayers.