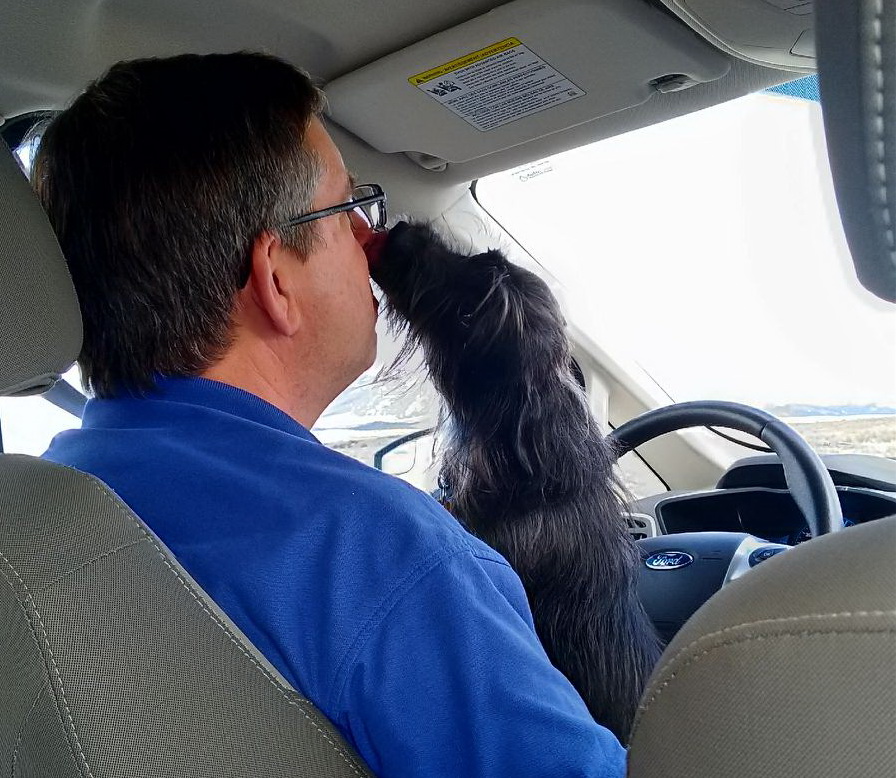 A few years ago, Paul Shanklin did a parody of a man taking wedding vows with his dog. What was a whitty jab at judges changing the definition of marriage a few years ago has taken several large steps toward reality during the first half of this month.

On Monday, a Federal Judge struck down parts of the anti-polygamy laws in Utah.

A federal judge in Utah has struck down part of that state’s law banning polygamy, after a lawsuit was brought by the stars of the television reality series “Sister Wives.” The ruling late Friday by U.S. District Court Judge Clark Waddoups threw out the law’s section prohibiting “cohabitation,” saying it violates constitutional guarantees of due process and religious freedom.
Utah polygamy law

Elsewhere, the decision was explained as striking down the polygamy law because the law limited freedom of association in violation of the First Amendment. Kody Brown and his four wives, who gained notoriety in the reality TV show “Sister Wives,” are challenging Utah’s bigamy statute, claiming it is unconstitutional because it violates their constitutional rights to due process, equal protection, free exercise of religion, free speech and freedom of association.
Judge in Sister Wives case asks for definition of polygamy

OK, so polygamy is now allowed under the First Amendment as a freedom. However, this decision says that a man can still only have one marriage license.

Those of us who support marriage as being between one man and one woman have been saying that the next domino to fall would be prohibitions on polygamy. Clearly, those floodgates are about to burst if they have not already. To decriminalize polygamy is a de facto judicial approval of the behavior.

Next to follow is why limit such loving arrangements to one man and several women. This clearly is discriminatory. What if a women wants multiple men simultaneously? While it might strike at the financial empires of Hugh Hefner and Larry Flint, clearly this is a reasonable corollary once polygamy is allowed. Soon any random assortment of consenting adults will be allowed to play house however they would like.

While this exponential decay of traditional marriage is underway, a second movement is also in the works. When combined to the above discussion, this get really weird because it opens up the possibility of legalizing bestiality.

I would like to introduce the other cutting edge movement that is gaining momentum on the fringe Left; personhood. No sadly, this has nothing to do with recognizing that all the unborn children aborted each year are baby humans. This also has nothing to do with the ethics of euthanasia. Instead the enlightened members of the Ivy League Left are pushing the recognition of the personhood of sentient animals.

Enter Yale University and the “Personhood Beyond the Human Conference” This event held December 6-8, 2013 was described by organizers as:

This historic event will focus on personhood for nonhuman animals, including great apes, cetaceans, and elephants, and will explore evolving notions of personhood by analyzing them through the frameworks of neuroscience, behavioral science, philosophy, ethics, and law. nonhumanrights.net

The event featured the crazy bioethicist, Peter Singer. Singer is the guy who advocates that children that are born should not be declared “human” until they pass rigorous testing. Those children that fail to measure-up as human should be destroyed. “Newborn human babies have no sense of their own existence over time. So killing a newborn baby is never equivalent to killing a person…” Peter Singer  In short, Singer is the poster child for the eugenics movement of the 21st Century.

Here is another quote from the abstract page of the non-human rights web site. “Legal personhood for animals would symbolize and institutionalize the intrinsic value of animals and, furthermore, offer significant procedural advantages.” – Saskia L. Stucki

Once whales, dolphins, elephants, and apes are made legally equivalent to humans—which is one of the chief goals of the conference—then it won’t be long before Fido is added to the list. Every movement needs a face people can love to sell the idea to the masses, what better poster being for this movement than the family dog. Yes, Lassie and Snoopy will be the gateway pets to proving the personhood of canines to the public.

Once the ideas of the Personhood conference gain traction and are combined with the definitions of marriage (and family) being developed by the courts then it is reasonable that an animal could be included into the definition of a family. To exclude such sentient beings from being equal partners in our families is “Speciesist”. If things continue as they are, the day is coming soon when a dog will truly be man’s best friend.

Here are a few passages from the “Good Book” that come to mind on this topic.

Although they claimed to be wise, they became fools and exchanged the glory of the immortal God for images made to look like mortal man and birds and animals and reptiles.  Therefore God gave them over in the sinful desires of their hearts to sexual impurity for the degrading of their bodies with one another.  They exchanged the truth of God for a lie, and worshiped and served created things rather than the Creator—who is forever praised. Amen.
Romans 1:22-25

Neither shalt thou lie with any beast to defile thyself therewith: neither shall any woman stand before a beast to lie down thereto: it is confusion.  Defile not ye yourselves in any of these things: for in all these the nations are defiled which I cast out before you:  And the land is defiled : therefore I do visit the iniquity thereof upon it, and the land itself vomiteth out her inhabitants .
Leviticus 18: 23-25.