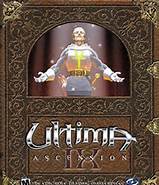 I’m writing this blog to chronicle my attempts to run this Windows 98 game from 1999 on a modern PC. Nothing that I could find on the Internet seemed to have all the answers in one location. I hope this will help others wishing to run this program.

First off my equipment.
• I own a licensed copy of Ultima IX. Due to some bugs at the time of its release, I also have a second install disk that was sent to me by Origin. This is an installation disk of the final version, 1.18.
• I also have access to two PCs, I will explain why in a short while.
• I found VMware Player a necessary asset but not for the reasons that you think.
• Lastly, I had a full version of Windows 98 Second Edition and a bootable DOS 6.22 CD.

Summary of my adventures.
First, Ultima IX Setup will not run at all on my Windows 8 PC. Not straight out of the box and not in any compatibility mode that is offered in Windows 8. I had feared that I might be dealing with the fact that 16 bit code won’t run on a 64 bit OS but Ultima seems to be a 32 bit game.

I kept reading on the Internet that people were able to get it running. Of those that said it worked on newer versions of Windows none ever mentioned that they actually owned the game. I don’t make a habit of stealing games or getting them from illegal download websites. Also, many websites mentioned a home brewed patch dubbed 1.19 which I did decide to try.

Since Ultima was made for Windows 98 SE, I decided to try VMware to see if I could get the old OS to run. Windows 8 comes with Hyper-V virtualization software which I had used to setup Windows XP. Hyper-V will not support old Microsoft Operating Systems like 95, 98, ME. Unfortunately, VMware cannot exist on the same PC as Hyper-V unless you want to crash your operating system or create an environment that looks a lot like a dual boot OS.

As a result, I installed VMware Player on my Windows Home Sever 2011. The install was quick and I knew enough about virtualization that running it was rather simple.

Getting Windows 98 installed was a relative pain. I could not boot off the 98 CD even though it is the full version for new PCs. My recollection was that you needed a DOS boot disk to start the process. Believe it or not, I actually created a bootable CD for DOS 6.22 about the same time as Ultima was actually released. I popped the disk into the DVD player and then ran FDISK to create a partition and then ran FORMAT /S to get thing going. Then I put the 98 SE disk into the computer and ran Setup.

This worked well until it was time to detect hardware and the associated registry entries and then I got a message that the computer could not read from drive A. (Bootable CDs are treated as the A drive.) I terminated the install and rebooted the virtual machine. The 98 installation resumed and finished with no further problems.

After starting 98 in VMware; however, my virtual machine had no sound. I hunted online and found that installing a driver for Creative Labs Sound Blaster fixed the problem. http://www.techbug.com/en/knowledge-base/289/

Now I was ready to install Ultima. I was able to get thru the two CD installation. The last step is configuring the video and that is where my hopes were dashed. After several days of hacking and searching on the web, I was crushed to learn that VMware does not support 3D video rendering in Windows 95, 98 or ME.

Ok, so here I am with Windows 8 not letting me install the program one my computer and Ultima on my Home Sever installed in a virtual machine that doesn’t support the game. It was enough to break my heart. And then yesterday I saw a post that was my epiphany. I then knew how to turn my lemons into lemonade. Here is the post.

Old games don’t modify Windows registry because back in the day there wasn’t one and they often did not copy files to C:\Windows\System. I knew this guy was right. I copied the entire Ultima IX directory from my virtual 98 machine to a flash drive. Then I copied it to the root of my C Drive. This is why bit torrent folks could run it and those of us with the physical media could not.

Things I did to modify the install before I tried to run on my Windows 8 computer.
• Modify Option.ini file per http://ultimacodex.com/topic/possible-fix-for-high-crash-frequency-in-ultima-ix/ I recall modifying this file when I ran the game when it first came out. A similar modification is need for some of the Command and Conquer games.
• Patch 1.19 http://ultima9.ultimacodex.com/forgotten-world/

Ultima worked just fine and at a much higher resolution than the 640 x 480 listed on the box. The only catch is that the play disk needs to be in my Blue Ray drive to run the game. I haven’t found a tweak yet to fix that requirement. Perhaps I will mount an ISO image and see if that satisfies the program.