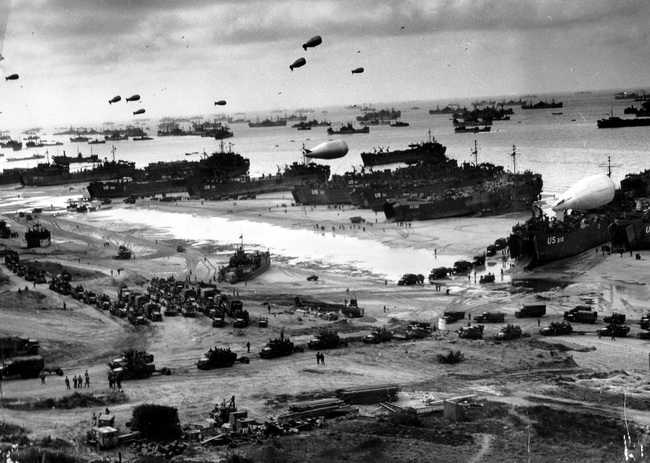 Yesterday was the 69th anniversary of the D-Day Invasion at the beaches in Normandy France.
It also happened to be the day of our month meeting of my local California Republican Assembly chapter. As President, I took the opportunity to remember the soldiers that participated in this assault; especially the 9,000 men that lost their lives that day.

Launching the invasions from bases in England, I can’t help but think that for at least some of these men, the last thing they prayed was the Anglican Prayer In the time of War and Tumults from the 1662 Book of Common Prayer.

O ALMIGHTY God, King of all kings, and Governor of all things, whose power no creature is able to resist, to whom it belongeth justly to punish sinners, and to be merciful to those who truly repent; Save and deliver us, we humbly beseech thee, from the hands of our enemies; abate their pride, assuage their malice, and confound their devices; that we, being armed with thy defence, may be preserved evermore from all perils, to glorify thee, who art the only giver of all victory; through the merits of thy Son, Jesus Christ our Lord. Amen.

We then had a moment of silence and began our meeting.