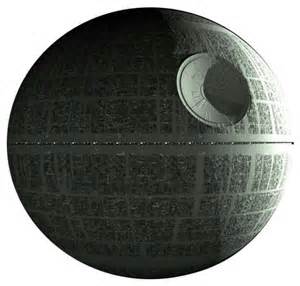 Emperor Steve Frank has instructed his apprentice Darth Cardoza to cancel all diplomatic efforts to resolve the CRA credentialing process and fall back to the night of the Star Chamber. Frank has determined that only the cover of darkness can be used to wrest victor for certain defeat. Unfortunately for the rest of us, Frank has determined that victory is defined as the total annihilation of half of the CRA universe.

Of the 45 or so CRA chapters that are sending delegates to the CRA Convention that is just days away, Steve Frank plans to refuse seating any delegates from half these chapters for reasons that he has manufactured in his own mind. He has had to manipulate Credentials Committee Chairman Bill Cardoza to set-up this jihad. OK, manipulate is a strong word, Frank has simply withheld any instructions from Cardoza so Bill has failed to take any action.

Cardoza thinks he can convene a meeting Friday night, set up operating rules for the committee and then let Frank flood the zone with smoke and mirrors and then present a completed report to the body for approval by 9 A.M. Saturday morning. Only if Frank has staged a draft of the final report ahead of time could this be accomplished.

Any delegates not recognized by the report will be presumed to be invalid. Only a motion from the floor by a seated delegate can get the recommendations of the Credentials Committee overturned. Each chapter must then be approved by those previously hand selected by Frank and allowed to vote. In addition, this process assumes that the chair will recognize the person making such a motion. Worst case scenario for this part of the meeting is Steve Frank presiding over the meeting and Cardoza presenting the report.

This gambit should fail but I would be foolish to think this will be a fair fight.

Some members on the Credentials Committee think that if things go badly they can break quorum and stop the non-sense. I disagree, such a move would make Frank’s task easier. Frank, Cardoza & company would declare victory and present their prewritten report as the Committee Report and then all they need to do is ram it through on Saturday.

My recommendation is for George Park & his allies is put their report out first and then use that as the beginning point for any action of the Committee. Park has said that his presumption is that all delegates should be seated unless there is a compelling reason to set them aside for a harder look. Chapters not paying dues or delegate residency questions are the usual grounds for these problems. Park has reportedly resolved most issues except for about three clubs. One of the three problem clubs has no dues paying members but wants to send delegates. Clearly this is highly irregular and should be examined.

Park’s best move is the axiom, “he who frames the issue, wins the debate.” If Park goes until Friday without presenting his report and suggesting a framework for the committee to operate from then he will unnecessarily cede ground that will be costly to win back. In fact inaction might result in the dissolution of the organization. As Gary North is fond of saying, “you can’t beat something with nothing.”