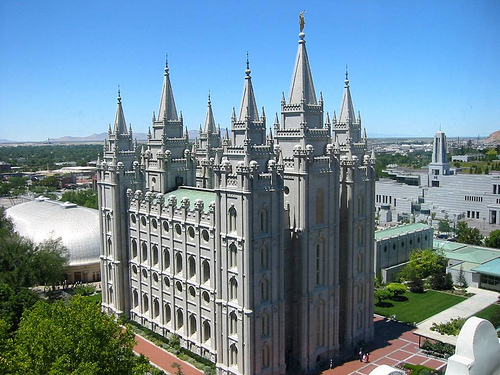 Rev. Billy Graham has reportedly agreed to stop calling Mormonism a cult following a recent meeting with Mitt Romney. http://www.dailymail.co.uk/news/article-2219364/Evangelistic-Association-Reverend-Billy-Graham-stops-calling-Mormonism-cult-meeting-Romney.html According to the report, Graham’s website has issued a statement that reads in part.
‘We removed the information from the website because we do not wish to participate in a theological debate about something that has become politicized during this campaign.’

I am disappointed that Rev Graham is willing to subjugate his theology to avoid appearing political. Since the beginning, Christianity has been viewed as political. Christians were persecuted in Roman because they believed Jesus was Lord and rejected the claim that Caesar was lord. Rome viewed the Christian doctrine as treason. Instead of standing for the Truth of the claims of Christianity, Graham has slipped another plank of the faith under the proverbial bushel basket.

This is not the first time Graham has been weak-kneed about the claims of Christianity. When backed into a corner on Jesus’ claim that, “I am the way, and the truth, and the life. No one comes to the Father except through me.” (John 14: 6) Graham allowed that perhaps followers of Islam and others might be able to avoid Jesus and get to heaven anyway. Graham has stated this rejection of Jesus as “the way” on several occasions. Such a denial of Jesus by Graham is heresy.

Standing for the truth of Christianity does not mean that we as believers cannot support Mitt Romney. Romney wants to be President not pastor or pope. The upcoming election is a choice between two men. One of these two will be President for the next four years. We have been given the opportunity to pick between a man that wholly rejects any biblical ethics and is openly hostile to God and a man that—while unregenerate—can acknowledge the value of many beliefs that we derive from the Bible. Stated another way, Obama repudiates western civilization and Romney embraces it.

We should use the candidacy of Romney to lift high the cross and call all men from error to the true gospel. We are defending the faith that Joseph Smith repudiated and attacked as “corrupt” and “an abomination” when he started the LDS church. Graham’s actions in scrubbing his website are wrong. His actions seem to imply that we need Romney to make a profession of faith or walk an aisle before he should get the evangelical vote. This is silliness. To the degree that Romney supports our values we should support him. Clearly he is at least willing to listen to us while Obama thinks of us as “bitter clingers.”