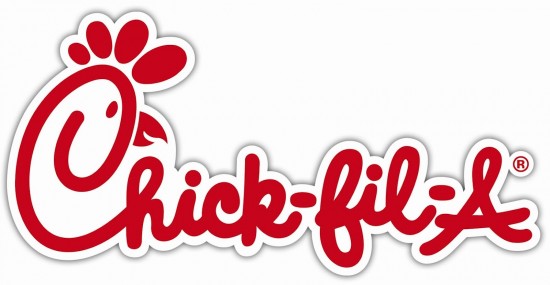 Chick-fil-A has let it be known that they will no long fund groups that support traditional marriage. http://www.washingtontimes.com/news/2012/sep/19/chick-fil-a-no-longer-will-fund-traditional-marria/?page=1
OK, so why did all of us wait in line for hours just to find out they were out of food just to show our support. I thought the Cathy family had some backbone. I am profoundly disappointed in this caving to immorality. I suppose they will soon be open on Sundays now if Liberals criticize them for that too.

Update:
Chick-fil-A has responded to published reports such as the one cited above. The release reads in part:

For many months now, Chick-fil-A’s corporate giving has been mischaracterized. And while our sincere intent has been to remain out of this political and social debate, events from Chicago this week have once again resulted in questions around our giving. For that reason, we want to provide some context and clarity around who we are, what we believe and our priorities in relation to corporate giving.

A part of our corporate commitment is to be responsible stewards of all that God has entrusted to us. Because of this commitment, Chick-fil-A’s giving heritage is focused on programs that educate youth, strengthen families and enrich marriages, and support communities. We will continue to focus our giving in those areas. Our intent is not to support political or social agendas.