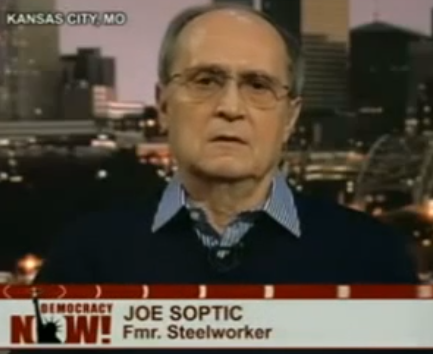 “I don’t think Barack Obama understands what he’s done to people’s lives since being elected.
I don’t think he realizes that people’s lives completely changed.
When Barack Obama and Biden were elected, I lost my healthcare, and my family lost their healthcare.
And a short time after that my wife became ill.
I don’t know how long she was sick and I think maybe she didn’t say anything because she knew that we couldn’t afford the insurance, and then one day she became ill and I took her up to the County Hospital and admitted her for pneumonia and that’s when they found the cancer and by then it was stage four.
It was, there was nothing they could do for her.
And she is close to passing away.
I do not think Barack Obama realizes what he’s done to anyone, and furthermore I do not think Barack Obama is concerned.”