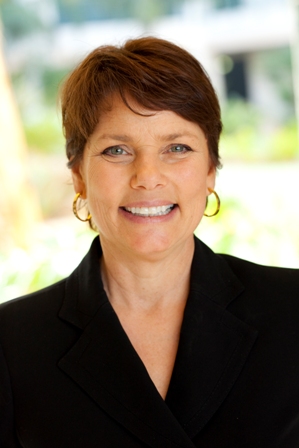 Is the Republican Party, a grassroots organization or a top-down one? This essay is a brief look at the current direction of California’s GOP.

I once had a college professor—who was also an elected official—say that “the chief job of a politician is to get re-elected.” Those in power not only want to stay in power but they also wish to prevent any challengers from threatening their power. Both Parties are afflicted with this problem. Democrats tend to deal with this in private whereas Republicans do it more publicly and less deftly. The only thing that helps Republicans avoid publicity is that the media usually pays less attention.

Recently, I am aware of two incidents indicative of the decline of the Republican Party in California. Ironically, the death spiral of the party is nearly complete at the time that the state needs a principled conservative leader the most. My only question is will the Republican Party linger and continue to putrefy like a zombie from The Walking Dead or die swiftly and be replaced by a new one?

Both incidents that I discuss below illustrate erecting a wall of separation between the Party leadership and the rank and file people who self identify as Republicans. In short, the leadership wants to dictate what the Party should do and the less input from the public, the better.

Here in Sacramento County, the Republican Central Committee held its first ever endorsement vote for partisan office holders. This was a result of the elimination of the primary system because of the passage of proposition 14 a few years ago. Under the new system that governs elections beginning this year, only the top two candidates in June go to the November election regardless of the party preference listed on the ballot.

Sacramento’s Central Committee decided it was time to enforce its Bylaw provision that dues are required to be paid to vote. This “Pole Tax” was copied from the bylaws of San Diego County. The decision to enforce the requirement that dues be paid as a condition to vote was directed primarily at me. Throughout this term I have been allowed to vote and make motions or second them from the floor. The endorsement vote at this meeting is the first potentially meaningful vote the Committee has held since the officers were elected and the Bylaws approved. This is because the Bylaws vested all power in the Executive Board of the Committee. This draconian system has been in place for over a year.

At the endorsement meeting I was told that I was the only member who had not paid dues and I was singled out at the meeting for that reason by the Chair. (In fact several members have not paid the “tax” and some that had said they were doing so under duress. Other paid for their friends so they could vote. My source says at least three members have not paid).

I am on the Committee as an ex officio alternate for an Assembly candidate from the 2010 cycle. In effect, I represent the candidate elected by the Republicans in his district. Prior to the endorsement meeting, the candidate contacted me and told me that he would pay the dues so that I could vote. He has a friend who wanted an endorsement and felt he would need my vote. This is the only thing he has ever asked of me in my two years as his representative on the Committee. Out of respect for him I agreed to pay the $35 minimum. Dues are $100 annually unless members volunteer to work at party events and then they can pay $35. I put in my share of volunteer time, but it does not count toward their total because only their events count and not the work I do for candidates or Republican groups in the County. My Assembly candidate also spoke to the Chair prior to the meeting and thought they had an agreement.

At the meeting when the Chair singled me out for not paying dues, I talked with her and said that I had spoken to the candidate and was instructed to pay the $35 so that I could vote. Her response was that my dues were now $200. I said, “What?” “Oh, you owe $100 for last year and $100 for this year.” She said that dues were annual and I was in arrears. Then she countered with the offer that I could pay $135 and work off the rest. I again offered to pay $35 and was told “No.” When it was time to vote, I was sent to the back of the room.

I could vent on many facets of this event but I will limit comments to the best two arguments. First; members of this committee either directly or indirectly are elected by the people as their representatives.  Requiring a “pole tax” is contrary to both the spirit and letter of the law in a representative republic. No barriers should be placed between people and their representatives. Second, the current leadership of the Committee is hypocritical on the issue of dues. These are the same folks that protested and did not pay dues to a previous Committee leadership for the same reasons that I have stated both here and in previous blogs. Clearly their position is not one of principle—in the past the wrong people were in charge but now the right people are in charge—so dues should be paid.

I was relegated to the back of the room and became an observer to the events that followed. As it turned-out, none of the votes were close so had I voted it would not make a difference. The consultants in the group made sure that their clients were endorsed.

This endorsement dance was played-out in many counties of California prior to the State Republican Party weighing-in on CRP endorsed candidates.

The California Republican Party has had several years to decide what should be done now that traditional party primaries are abolished. They have done next to nothing about it. As a stop-gap measure, they voted a year ago to adopt the “McClintock Plan.” This was a compromise between the “Nehring Plan” and the “Legislative Plan.” It was spearheaded by Mike Spence and subsequently endorsed by Congressman Tom McClintock. The McClintock Plan—which was adopted by the CRP—is this: each partisan legislative race was to be treated like a Special Election. Each county central committee in the district would have to endorse the same candidate by a 2/3 majority for that candidate to secure the official endorsement of the CRP. This would give the candidate—in theory anyway—access to money from the CRP and inclusion in any slates sent to voters in the state.

The CRP had decreed that all endorsement votes were to be completed on or before March 8, 2012. Please note that the filing period for these offices did not close until close of business the following day. (I really dislike taking such votes before all candidates have even entered the race).

For example Beth Gaines—a first term Assemblywoman—is running in a district that includes portions of Placer and Sacramento Counties. Under the existing rules of the CRP—the McClintock Plan—she needed to be endorsed by both county central committees to secure the CRP. Her opponent in Placer was endorsed on a Wednesday (3/7) and the next night she was endorsed by the Sacramento committee. Under the CRP rules, there can be no endorsement by the CRP in this race.

However, when the CRP Board met to review the various local endorsements, a curious thing occurred. In race after race, the results of the various committees were nullified or ignored and current office holders were given the CRP endorsement even when they did not qualify under the rules adopted by the CRP. Even the aforementioned Mrs. Gaines was endorsed by the CRP—even though she was not entitled. (Entitled? That’s irony!)

The CRP Board went even further in their “star chamber” tactics. Before a single vote was ever cast, they winnowed a field of about 12 Republican candidates for US Senate to one with another wave of their magic wands. A vote of no more than 24 political elites on the CRP Board purported to speak for more than five million republicans without any of them being allowed to vote. Talk about disenfranchisement!

Do you see the theme here? To paraphrase a book by Laura Ingraham, the Republican motto in California seems to be “Shut-up and Vote How You’re Told.” The CRP wants your campaign contribution not your opinion. My reaction to this is if I wanted to be told what to do by a bunch of elites that decide what is best then I could always join the other party. Ronald Reagan once said that he didn’t leave the Democrat Party, they left him. I seem to be in the other political party that has now left Reagan. Oh well, I’ve always been a Conservative first and a Republican second.