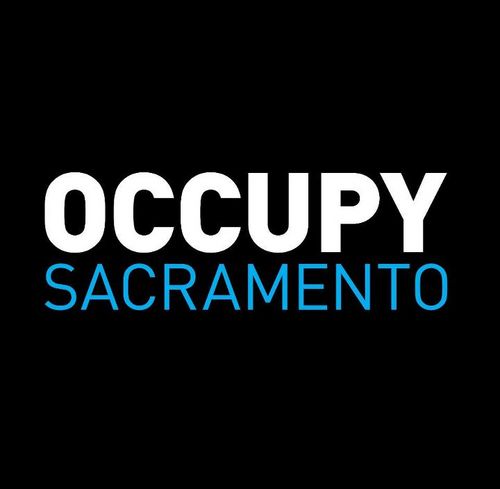 Attached are a few photos of the Occupy Sacramento protest. This group is conveniently located across from my employer so I get to see them in action.

The way this protest works is that a handful of people arrive each morning and set-up their operation.

In the early afternoon, a trickle of people begins to arrive. The crowds build as the television news trucks begin to arrive around 4 pm. Once the news crews get their obligatory live-shots for the 5 & 6 pm news, the protesters can go home.

This arrangement allows the media to perpetuate the lie that this is a widespread movement when they know it’s a staged event. They get ratings and the protesters get millions in free propaganda. So much for death to corporate greed.

This brings me to my other point which is if corporations are so evil, why do these folks use the Internet, wear clothing made for corporations by folks paid what many of their ilk call slave wages and coordinate via Smartphones designed and built by other evil conglomerates of business monopolies?

They are in reality just spoiled and ungrateful children. They are full of envy and jealously.

This is just an independent expenditure campaign to help re-elect Barack Obama. Barry Obama was a community organizer and so are they. What do you think Obama was doing before he entered politics?

The photos attached are of some of the core support vehicles that are running the occupy Sacramento protests. Read the stickers and you know everything that you need to about these people.

Occupy has traded the old white truck for a U-Haul rental. This vehicle is parked on the perimeter of the park. By using a blue handicapped placard presumably they no longer need to pay for parking.

Today as I walked around the park, on the ground I saw a publication from the Watchtower proclaiming the end of poverty. Ironically it was not far from the tree where the homeless often nap. 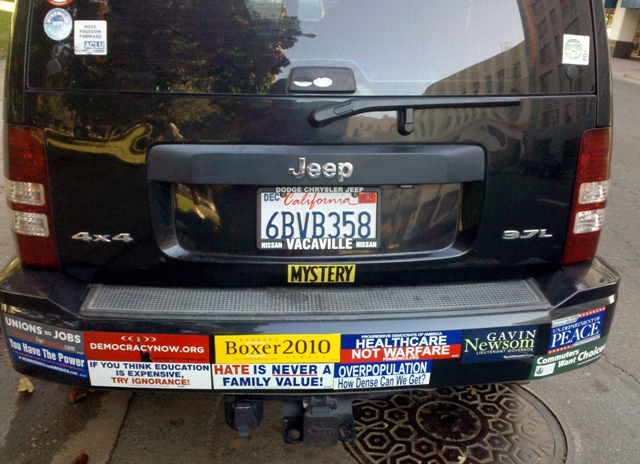 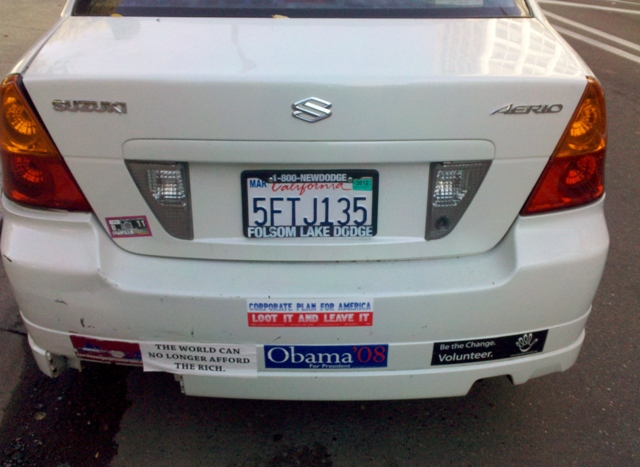