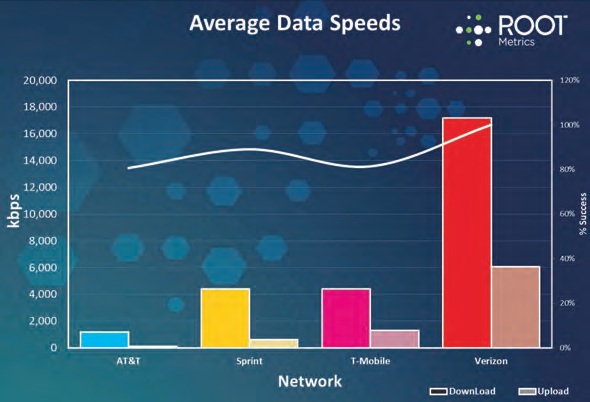 The news for AT&T continues to be bad. First, AT&T has the most dropped calls of any U.S. cellular provider and terrible customer satisfaction results from J.D. Powers. Two weeks ago, it was reported that AT&T’s 4G speeds are actually slower than their 3G speeds. And now, AT&T has received yet another honor. Today CNET is reporting that RootMetrics has conducted a survey of AT&T, Sprint, T-Mobile and Verizon.

In the results shown below, Verizon clearly beats all other carriers. This news comes the day after AT&T announced that they have agreed to buy T-Mobile. Ironically, most folks that I know using T-Mobile are refugees that fled from AT&T because of their high prices and lousy service.

AT&T has become to the cellular phone industry what America Online has become to Internet service providers. If the recent data on AT&T won’t persuade you to change carriers then you deserve to wallow in mediocre technology.

Here is a sample of the press AT&T has received recently.