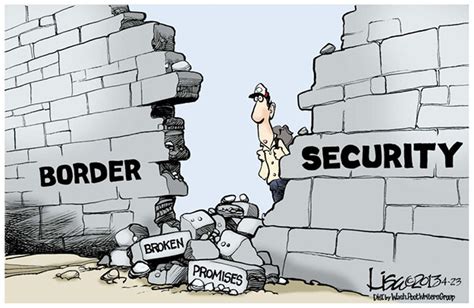 Most people I’ve heard today talking about the almost October surprise that Gloria Allred sprung on Meg Whitman don’t know what they are talking about. Since most folks never get to sign the front of a paycheck, they are uninformed about how businesses deal with hiring and firing of employees.

First, an employer will interview candidates for a job.  Then they will make an offer to hire someone. At that point the employee is supposed to provide the necessary documents for an I-9 form. The employer has to accept the documents at face value. There is no legal requirement to make copies of the documents or attempt to verify their authenticity. In fact the employer is subjecting himself to legal peril if they rescind an employment offer on the basis of identification documents. At most places where I have worked, we kept copies of the I-9 and supporting documents in the employee files. Also, there is no government agency that an employer can send the documents to for verification if they have a doubt.

Please note that you do not need to show a Social Security Number (SSN) as a condition of employment. The card is only one of a litany of documents that can be submitted for identification purposes.

“Employers should not assume that the mismatch is the result of any wrongdoing on the part of the employee. Moreover, an employer who takes action against an employee based on nothing more substantial than a mismatch letter may, in fact, violate the law.”

“An employer that receives such a letter and terminates employees without attempting to resolve the mismatches, or who treats employees differently based upon national origin or other prohibited characteristics, may be found to have engaged in unlawful discrimination.”

In most cases, by the time an employer gets a “No Match” letter, the employee is no longer with the company. These letters are simply a multi-column list of social security numbers. The employer must look-up each number to find the name associated with the number.

If employer attempts to verify the name and SSN, the government will not help. They will only say if it matches or does not match. They won’t tell you what is wrong. This is especially frustrating when dealing with folks from south of the border. The SSN template cannot deal with the way Spanish people are named. SSA wants first name, middle initial and last name. I’ve seen Spanish employees that have six names by our government’s way of reckoning.

For example if you hire Mario de Jesus Garcia Esperonza, how do you make him fit the First name, middle initial, last name format? Also, many Spanish folks are barely literate in their own language and they know no English. It is common to see their first and last names transposed on their documents. Is he Valentine Edwardo or Edwardo Valentine? Again, SSA can’t deal with properly documenting Spanish names and won’t help correct errors when they occur.

One year I went thru this with 75 employees and we never could successfully resolve a single instance of “No Match”. The E-Verify system was not any better plus it was all tied to my personal SSN and not the employer tax ID number. I left the company over three years ago and as far as I know, my SSN is still tied to their employee verification account with SSA.

Lastly, the ACLU took the “No Match” letters to court in 2007 and got a favorable ruling that blocked the SSA from sending employers “No Match” letters. Here is their press release. http://www.aclu.org/immigrants-rights/court-blocks-government-implementing-flawed-social-security-no-match-rule

I don’t know how this court action was resolved or if it has been. It appears likely that the letters are still blocked. They certainly were when the current Administration came to power. Given the political leanings of President Obama, I doubt he would fight hard to have the government begin issuing these letters any time soon.