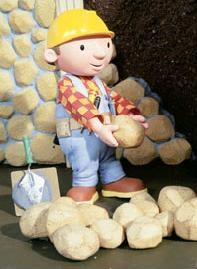 Hillary Clinton is in trouble with children five and under for ripping-off the animated series Bob the Builder. As a parent of a small child, I know this to be true because Bob’s motto is “Can we build it? Yes we can!”

A central part of Hillary’s campaign is her theme that America is broken and only she can fix the ills of our country. Hillary is ambitious to do an extreme makeover of the United States. Hence her motto of “Yes we can!” This is obviously a rip-off of Bob the Builder. Where is Paul Shanklin when you need him?