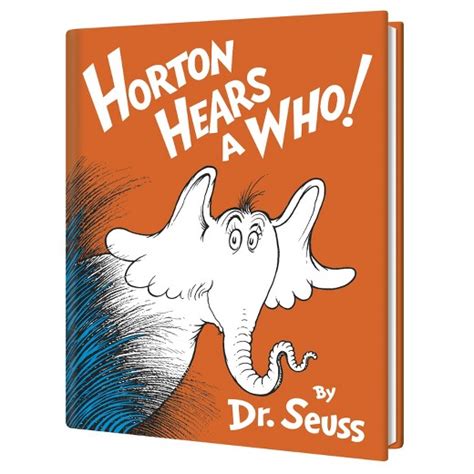 Based on the children’s book by Doctor Seuss, this movie puts into action the tale of an elephant that believes that “a person is a person, no matter how small.” Horton risks life and limb to try to find a safe place for the speck of dusk that contains the world of Whoville. The animation is wonderful and this movie should get a bunch of awards.

While watching the film with my three-year-old son, I kept wondering if any of the people doing the voice work for the film really believe in the message of this movie or if it was just another job for them. I wondered how different our world would be if people really believed that “a person is a person, no matter how small.”

Horton Hears a Who is a story that illustrates the message of Christ that whatsoever you do to the least of these you do it unto me. I believe this movie is one of the most profound arguments for the sanctity of life ever to be written.

The contrast with the Leftist sermons of Jeremiah Wright couldn’t be any more vivid. Wright accuses the evil white run government of genocide against black people for creating and spreading the Aids virus. His strawman arguments are just laughable. It is the political party that he and Mr. Obama have associated themselves that advocates the genocide of blacks by the millions and even uses tax dollars to pay for it that should be Wright’s targets of indignation.

Rev Wright can’t really help but be a polytheist. Those seeking shelter on the Democrat Plantation can have any god they choose as long as government is their chief deity. The government taketh from the rich and the government giveth to the poor, blessed be thy name oh government.

Rev Wright and his Liberal associates deny those smaller than they any rights that are not convenient (abortion and euthanasia) and seek to teardown any that are greater than themselves (hence the mantra against corporations). Thus in the name of creating heaven on earth, they unleash the fury of hell upon their fellow man. “There is a way that seemeth right unto a man, but the end thereof are the ways of death.” Proverbs 16: 25.

Too bad Rev Wright won’t learn the lesson from Jesus or Horton that “a person is a person, no matter how small.” Horton listened to that still small voice, maybe Rev Wright should try it some time. It worked wonders for Elijah the biblical prophet.