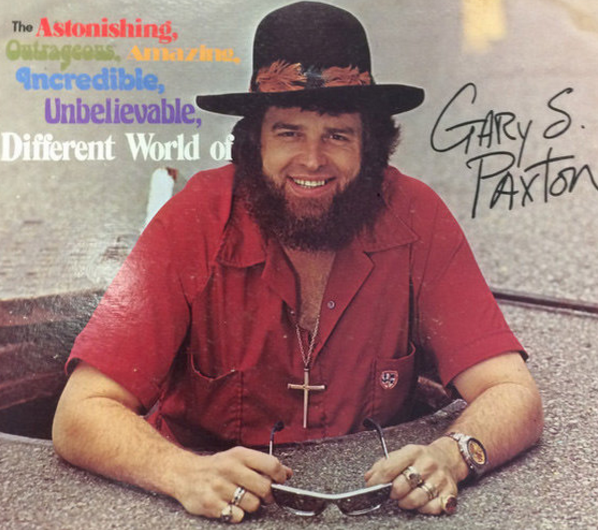 Gary S Paxton may not be a household name but his work is widely known. He has produced a variety of musical hits since the 1960’s. His music hits span Top 40, Country and Gospel. Today, his best know hit is probably the Monster Mash, which was recorded in 1962.

He has won Grammy Awards and hits that he has produced have sold tens of millions of copies. He was inducted into the Country Gospel Music Hall of Fame in 1999.

His personal life has been a roller coaster of substance abuse. Paxton has a history of drug and alcohol abuse. In 1973, he converted to Christianity. In 1975 he started his own recording label and he did very well until 1985 when he lost the business due to bad business decisions and problems with drugs.

In 1980, he was shot five times in the head by hitmen hired by a country musician that Paxton was producing. Amazingly, he survived the attack.

Paxton has started his life over again in Branson Missouri.

Gary S Paxton sees the world differently than most folks. Like many artists, he can see the wonder of mundane everyday things and he also can glimpse into the future and see what’s lurking just over the horizon. Some of his songs are serious and sober and others are satirical and fun. Paxton’s music, like Bob Dylan, is and acquired taste. His songs will stick in your head and rattle around long after you’ve shut off the music.

What makes his music stand apart from that performed by others is that each song that he writes has a little piece of himself in it. From what I know of his life, it is safe to say there are two Gary S Paxtons. One is the partying hell raiser and the other is the saint touched by God. Much of his music is one Gary looking at the other.

There are pieces of Gary S Paxton all over the Internet but not in one central location. Even his entry on Wikipedia is spotty. http://en.wikipedia.org/wiki/Gary_S._Paxton

Gary has two different websites that each host unique content. Each is incomplete but overlapping.

If you follow this link and click of CD covers, you hear samples of songs offered on these CDs. http://www.garyspaxton.org/Music/index.htm

His new wife Vickie has two sites
http://www.TimeForJoy.com was used at one time but now just links to the .org site mentioned above. Paxton’s e-mail is listed as garyspaxton@timeforjoy.com
More recent activity and biographical information can be found at http://www.urban.ne.jp/home/koa7/newsletter.htm