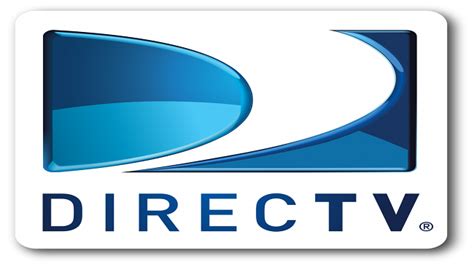 Six months ago my wife and I finally brokedown and purchased a 42” Samsung LCD television. Like a good husband, I obeyed my wife and went to the local Comcast office and to get their high definition receiver with DVR. We hooked-up the composite cables and entered the world HD TV.

Shortly after we got everything hooked-up and running we began to encounter issues with what we called “pixelization.” Instead of the crystal clear image we had hoped to see we found many stations unwatchable. Many programs that we recorded for our small son from the PBS Sprout station were just a series of colored boxes that changed every few seconds. Many recordings had no audio. Some stations such as HBO just gave us a black screen with no picture. At other times these same stations seemed ok.

We finally quit relying on recordings of Thomas the perky little Tank Engine; opting instead to buy several DVDs just so the baby could have a morning visit with his friends from Great Britain.

After several months of really poor performance from Comcast and the obligatory visit from the repair guy, I finally decided to make the switch to satellite. First we switched our ISP to Frontier. This was a difficult decision because it is the only choice available to us in our area and Frontier has a checkered track record. It has been slower but more reliable than Comcast.

Next we chose DIRECTV. Why? Simple the children come first and DIRECTV is the only satellite provider to carry PBS Sprout.

We went to our local electronics store and paid for the installation and equipment. This part is strange on two accounts. First, although you pay for everything they only give you the DVR boxes not the dish or basic receiver units. Second they had no HD DVR units in stock. At the time of our purchase the DIRECTV website was placing folks on a waiting list. I had to drive to another store to get our HD DVR unit.

During this time I found-out that the DVR unit needs two feeds from the dish (ours has four) so that you can record one show while watching another. Once I learned this little nugget, I had the mental picture of a knuckle dragging guy with a staple gun in one hand tacking wires all over the side of our house and a drill in the other putting holes through our walls. To avoid this scenario, I chose to run coax cable from the point where the dish would be installed to the room with the HD TV.

I used a low voltage cutout and cover plate for the cable and as an added bonus I ran CAT 5 cable at the same time. All were purchased from the local Home Depot.

Next the installers came and installed the equipment; mostly. The only issue that they were unable to resolve was connecting the HD DVR unit to our HD TV. After an hour of messing with our HDMI cable connection, they gave-up. We were told the Receiver was defective. We were to contact the store and get a new unit. After talking to three different people at the store, we finally reserved another unit at another store. My wife and I went to the other store, picked up the unit and installed it with the same result; the TV flashing a No Sync Signal error in a blue box on the screen.

My wife went to Google and found the answer by looking-up the wrong model of Samsung television. The bottom line is that the Samsung units require a signal of 720i but the DVR unit defaults at installation to 480i.

I proved this by connecting the DVR unit with composite cables. I was then able to configure the DVR box and activate the service.

Then I set the unit to 1080i and connected my HDMI cable and I had a picture. However, to keep it that way, I needed to program the DVR unit to only use a resolution of 1080i. Oh, the composite cable and HDMI can both be connected at the same time.

Last, the dish installers never have contacted us to see if the TV is working. It’s been a week now.

Oh the picture with DIRECTV, I describe it this way: Comcast is like listening to a Salt Lake City AM radio station late at night and DIRECTV is like your favorite song on local radio in FM Stereo. In other words, satellite is far superior. IT ROCKS!!!