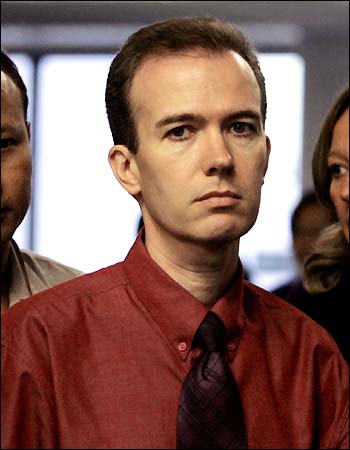 OK. I’m cynical. I don’t believe that John Mark Karr had anything to do with the death of JonBenet Ramsey.

Yes, he’s a freak and a pervert. He admits that much and it seems to agree with his reputation but I think his confession is just an extreme stunt by an emotionally disturbed person. Where is the evidence? We all know that the police withhold information that only the killer would know so if he did it, what did the police withhold? He can’t seem to put forth a story that has enough detail to withstand scrutiny. If he wants credit for the crime then connect the dots.

It is clear that he is lying; the real question is whether he is making a preemptive strike to discredit himself as a viable suspect or he’s just a nut. So is he a liar or a clever criminal?

Most criminals are stupid and they get caught. If he was really that clever he could never admit to the crime.

I submit that being stuck in the third-world is very unpleasant and Mr. Karr thinks that he has a clever way to be brought back to the USA. Once no charges are filed, he will then be free to prey upon our children.