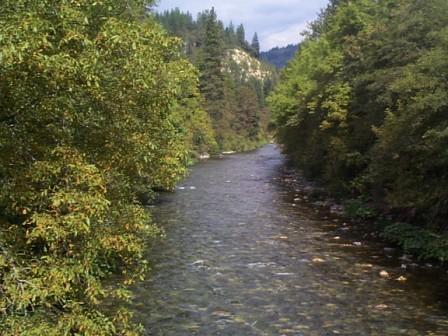 In 1989, a chemical tanker car on a Southern Pacific train that derailed poisoned most of the Upper Sacramento River—the river between Dunsmuir and Shasta Lake. Although the river has been gradually opened to fishing over the last several years, it was a move viewed by some as premature and a political move to boost the local economy and not a decision based on sound environmental reasoning.

I spent the last five days along this river and was very happy with what I had observed. There were large numbers of “case worms” (a type of larva) that is a food source for the trout in the river. There were a large quantity of fish from very small fry to mature adults and all stages in between all along the river.

These are the best conditions that I have seen in the river since the spill. My observations are even more remarkable in light of the fact that some small feeder creeks and ponds near the river have been treated to kill mosquitoes as a response to concerns about West Nile Virus. I think it is safe to say that the river is back.