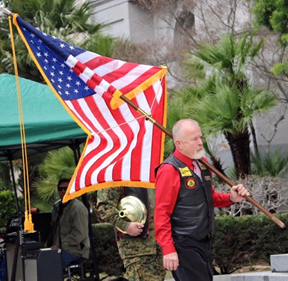 Sometimes we get to observe some of the most contradictory and incomprehensible activities and events. On July Fourth I saw something that was truly amazing.

I was working at a church booth at our local Independence Day celebration. We were handing out information about our church and giving helium filled balloons to anyone that wanted them. The balloons had the church name, logo and website address.

Several hours into the event, I notice two women wrapped in a white cloth that covered their heads and much of their bodies pushing a baby stroller around the park. Attached to the stroller was one of our church balloons. I was stunned. By their dress, it was clear that these women were members of the Islamic faith and yet they were advertising a protestant church.

As it turned-out, these women were part of a larger group that was having a picnic about a hundred feet from our booth. In the midst of that group were still more balloons that were all from our church. It was surreal. This was something that I would not have expected.
*****
The other thing I saw at this day in the park was the juxtaposition of two things that when placed side-by-side were humorous. Imagine a large inflatable slide. It works on the principle as a bounce house, only this thing is about 35 feet tall. It is the size of a small house. 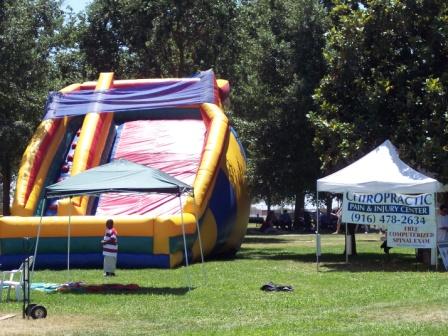 I tried to imagine myself climbing to the top of the slide and going down this flimsy (by adult standards) structure with disastrous results.

While it is unclear whether Tom Cruise would approve, I could see myself going from the bottom of the slide across the fifteen-foot buffer zone directly into chiropractors tent for urgent care.