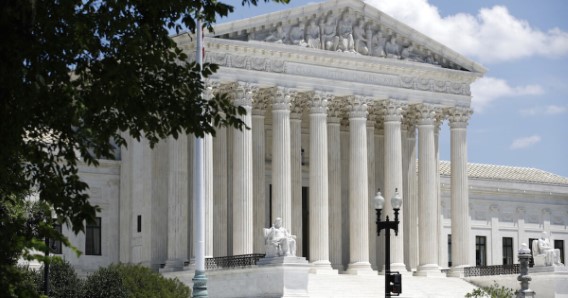 Yep, the truth is finally winning out. The US Supreme Court is going to offer states the right to end the Democrat’s sacred rite of child killing. As a result, the worshippers of Moloch are going all out to keep the sacrament of abortion legal. Oh, for those of you that went to public school or are just ignorant about Western Culture, here is the scoop on Moloch.

Moloch, also spelled Molech, a Canaanite deity associated in biblical sources with the practice of child sacrifice. The name derives from combining the consonants of the Hebrew melech (“king”) with the vowels of boshet (“shame”), the latter often being used in the Old Testament as a variant name for the popular god Baal (“Lord”).

In the Hebrew Bible, Moloch is presented as a foreign deity who was at times illegitimately given a place in Israel’s worship as a result of the syncretistic policies of certain apostate kings. The laws given to Moses by God expressly forbade the Jews to do what was done in Egypt or in Canaan. “You shall not give any of your children to devote them by fire to Moloch, and so profane the name of your God” (Leviticus 18:21). Yet kings such as Ahaz (2 Kings 16:3) and Manasseh (2 Kings 21:6), having been influenced by the Assyrians, are reported to have worshipped Moloch at the hilled site of Topheth, outside the walls of Jerusalem. This site flourished under Manasseh’s son King Amon but was destroyed during the reign of Josiah, the reformer. “And he defiled Topheth, which is in the valley of the sons of Hinnom, that no one might burn his son or his daughter as an offering to Moloch” (2 Kings 23:10).

In times of apostasy some Israelites, apparently in desperation, made their children “go through the fire to Molech” (Leviticus 18:21; Leviticus 20:2-5; 2 Kings 23:10; compare 2 Kings 17:31; Jeremiah 7:31; Jeremiah 19:5; Jeremiah 32:35 ). It generally is assumed that references like these are to the sacrifices of children in the Valley of Hinnom at a site known as Topheth (“Topheth” probably means “firepit” in Syriac). See Hinnom; Tepheth. Precisely how this was done is unknown. Some contend that the children were thrown into a raging fire. Certain rabbinic writers describe a hollow bronze statute in the form of a human but with the head of an ox. According to the rabbis, children were placed in the structure which was then heated from below. Drums were pounded to drown out the cries of the children.

One suggested identity for Molech is the Canaanite deity, Ba’al-Hadad or Hadad. Hadad was considered the king of the gods by the ancient Canaanites. Evidence that Moloch can be identified with him comes from the fact that the pagan alters in the valley of Ben-Hinnom where children were sacrificed are also described as altars to Ba’al by the prophet Jeremiah. Furthermore, Assyrian texts state that child sacrifices were made to Adad, the Assyrian equivalent of the Canaanite Hadad. This makes it reasonable to suggest that child sacrifices may have also been made to Hadad and that a cult of child sacrifice may have been related to him.

Molech represents the most repulsive of acts in God’s sight, the ritual sacrifice of children to a pagan god, which was condemned in the strongest way by the Lord, including punishment by death.

Ancient people sacrificed their children to a false god in the belief that this would result in a better life for them. God calls for those that sacrifice their children to be put to death. Sorry, but like gender, many things in life are binary choices.

Oh, abortion is also condemned in the Bible—especially the New Testament. However, Big Tech is pushing a different point of view so you may have difficulty finding this in your favorite search engine.

I did a search and found generic stuff like “you are fearfully and wonderfully made” or “the child leaped in her womb” but that’s about it. But don’t quit there.

Thankfully I know where to look to find spiritual meat and not baby food.

Exposure, abortion, child sacrifice, and other forms of infanticide more often than not were both legal and respectable in pagan societies from the earliest times.  Unwanted children in ancient Rome were abandoned outside the city walls to die from exposure to the elements or from the attacks of wild forging beasts. The Greeks often gave pregnant women heavy doses of herbal or medicinal abortifacients. The Persians developed highly sophisticated surgical curette procedures. Ancient Hindus and Arabs concocted chemical pessaries – abortifacients pushed or pumped directly into the womb through the birth canal. The primitive Canaanites threw their children onto great flaming pyres as a sacrifice to their god Molech. The Polynesians subjected their pregnant women to onerous tortures, their abdomens beaten with large stones or hot coals heaped upon their bodies. The Egyptians disposed of their unwanted children, especially girls, by disemboweling and dismembering them. Their collagen was then ritually harvested for the manufacture of cosmetic creams. The more things change, the more they stay the same.

Plato and Aristotle both recommended infanticide and abortion for Eugenic purposes. Juvenal and Chrysostom revealed that many abortions were performed in order to conceal illicit or illegal sexual activity. Soranos argued that some women killed their children out of sheer convenience or self-indulgent vanity. Ambrose and Hippolytus said that some families resorted to these drastic measures for economic reasons. Others, according to Justinian, did so for religious, ideological, or sectarian reasons. But most women, reported Calaetus, simply were coerced by oppressive cultural norms, values, and structures to despise and reject their progeny.

Indeed, “there is nothing new under the sun” (Ecclesiastes 1:9).

From time to time voices were raised against the slaughter of the innocent and helpless. But they were like voices crying in the desert: hauntingly prophetic but scornfully spurned.

It was not until the rapid spread of Christianity throughout the Mediterranean world in the second and third centuries that a consistent and convincing pro-life message began to sound. But when it did, the whole civilized world stopped to listen.  It was not long until laws were passed and a cultural consensus was reached to protect both women and children. The church’s pro-life message was arresting.

The reason Christianity commanded such attention and compelled such action was not just that the sanctity of life was a new and novel notion. The pro-life emphasis was provocative because the church affirmed it universally and without dissent, because it was undeniably rooted in Scriptural Revelation, and because it was coupled with complementary action on the part of the faithful.

Affirmation. The wholehearted consensus of the early church was that abortion and infanticide were in fact murder. No ifs, ands, or buts about it. On that, all of the patristics absolutely agreed.

The Didache was a compilation of Apostolic moral teachings that appeared at the end of the first century. Among its many admonitions, it asserted an unwavering reverence for the sanctity of life: “Do not murder a child by abortion or kill a newborn infant.”

The Epistle of Barnabas was an early second-century theological tract that was highly regarded by the first Christian communities. Like the Didache, it laid down absolute strictures against abortion and infanticide: “You shall love your neighbor more than your own life. You shall not slay a child by abortion. You shall not kill that which has already been generated.”

The second-century apologist Athenagoras in a letter to Emperor Marcus Aurelius wrote, “We say that women who induce abortions are murderers, and will have to give account of it to God…. The fetus in the womb is a living being and therefore the object of God’s care.”

In the third century, Clement of Alexandria asserted that “our whole life can proceed according to God’s perfect plan only if we gain dominion over our desires, practicing continence from the beginning instead of destroying through perverse and pernicious arts human offspring, who are given birth by Divine Providence. Those who use abortifacient medicines to hide their fornication cause not only the outright murder of the fetus, but of the whole human race as well.”

Grand Illusions is available for free at the link. You need to search by title or author in the left hand column to find the book.

The Greek word for sorcery or witchcraft throughout the Bible is pharmakea. That is also the word that is consistently used in ancient literature for abortifacient. There is a Scriptural connection, then, between occultic sorcery and abortion. Considering the backdrop of Baal and Molech worship and their occultic and child sacrifice elements, this connection should not be too terribly surprising.

Let’s look at Revelation 22: 15 per the King James Bible

“For without are dogs, and sorcerers, and whoremongers, and murderers, and idolaters, and whosoever loveth and maketh a lie.”

Liberals really hate this verse. Here’s a breakdown from the original Greek per Strong’s.

Oh, all the above are banned from Heaven and destined to hell.

Ok, so where’s the Satan part?

Let’s start with this quote from Gavin Newsom. “We are going to fight like hell.”

If Gavin does nothing and Roe is overturned, abortion in California remains unchanged; however, that’s not good enough. Gavin not only wants to make California an abortion travel destination but wants to make infanticide legal to boot. Yep, why stop killing them when they’re born. California is going to implement one of the primary goals of evil bio-ethicist Peter Singer.

Gavin isn’t ready to roll out infanticide for two-year-old’s just yet but anywhere just shy of one year is the immediate goal of current legislation put forward by his keep abortion lethal committee. If you missed it, killing the elderly (euthanasia) is already legal here. Who’s next, maybe the homeless?

Gavin wants to fight like hell because that’s his team. Human sacrifice is a high priority for this man. Government is his “god” and abortion is his sacrament. Plus, he can be a closet racist. He is using abortion and taxpayer money to eliminate poverty by eliminating the poor. Which brings us to the next quote.

Planned Parenthood was founded on the principle of eliminating blacks and the mentally defective. It’s founder regularly attended cocktail parties with the folks that helped Hitler eliminate gypsies and Jews—the so called “final solution”. That so many Jews support Planned Parenthood is proof that those who refuse to learn from history get to repeat the mistakes of the past.

Satan worship and paganism are on the rise in our culture while church attendance is way down—per Gavin “nonessential”. Universally, Democrats are promising that all hell will break loose if Roe v Wade gets tossed. Again, this can only be understood when the State (political power) is their god and abortion is their sacrament.

As Rushdoony said, “all law is religious.” When the God of the Bible is kicked out of the public square and public policy then some other god will take its place. All false gods are demon worship and thus end up being Satan worship via counterfeit religions. All men are religious, the thought of a godless society is not Utopia or some stupid John Lenin song but hell on earth.

This culture of death puts our nation and its people under the condemnation of God.

Dear Church, God is coming soon but not to take us to Heaven but coming in judgement and vengeance. The George Grant quote above is an indictment of just how far we have fallen.