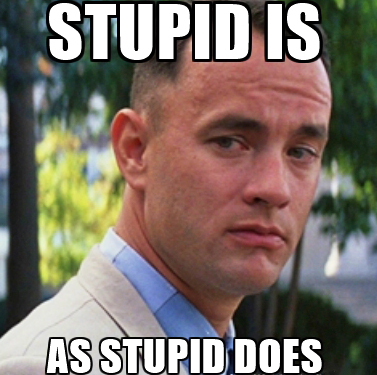 Everyone is tired of hearing about this, save the cable watchers, mouth breathers, fake Republicans, and the Democrat party.  Truth is we never should have had massive shutdowns, but fear took over.  Trump listened to Fauci, and fear has taken hold.  We will all die of Omicron, even though the experts claim you will have only mild symptoms.  We have been doing this for almost 2 years, and no end is in sight. I will lay out two examples of why this will not go away, neither are cable related.

Case in point, my “fully vaccinated” colleague who came back from Dallas after a long weekend.  He didn’t feel well Monday, leading to a worse cough Tuesday, a massive fever Wednesday, and Thursday he was so sick he could barely stand.  Did he come to the office?  Yep.  Did he get tested?  Nope, not till Friday.  By Friday it was too late for me, I had been exposed for 50 hours of a work week.  Thankfully I found out he lived on the other side of the house from his wife, her health was more important than mine.  I was Covid positive and got very ill, lasting about 10 days, say what you want about my vaccine choice, I got through it.

A friend of mine from college called me on Tuesday a week ago, she was coming home from a bar.  She called me again Wednesday, ditto on the bar thing.  She lives in Marin County and was fully vaxxed.  She went out again Friday and called me on her way home.  She said it had been a rough week (hangovers? but I wasn’t sure).  As the conversation went on, she said she was going to get tested Saturday. When I questioned why, she volunteered that she had a cough, fever, and fatigue all week.  But fortunately, she still went out!  Priorities.  Worse, yet, which brings me to my point, she tested positive earlier in the week, via a rapid test.  Yep, as in she had the ‘rona.  Did she quarantine?  Nope, that’s silly. It’s a big part of her life, going out that is.  She claimed it was a rapid test and they are not always accurate.  Sure, Trump colluded with Russia too, it’s what you feel, not facts.  Since getting a confirmed positive, she now is quarantining, mind you five of her friends have gotten sick, they got the ‘rona.  They all hung out all week.  She continues to go out to dinner, she wants to support local businesses, in person by the way.  She went for a long walk twice this week, mask less because why not.

The point of this blog is to illustrate that this virus will not go away, nor will the media or political types allow it to, due to people’s stupidity.  In the case of both these folks, if they stayed at home, by the way the laws are on your side, due to this pandemic.  But they chose not to put their lives on hold, they chose to bring other folks down with them.  This is stupidity.  Plain and simple.  How can one be so selfish?  After two positive tests you keep going out?  I’m sorry it sucks, but I did it, and so can you.  Following the rules, reduce your chances of getting/spreading it, but you cannot fix stupid, and as long as those folks are out and about, it won’t go away.

It’s stupid folks like these that empower our masters to demand that the sheep inject yet another semi-annual booster.