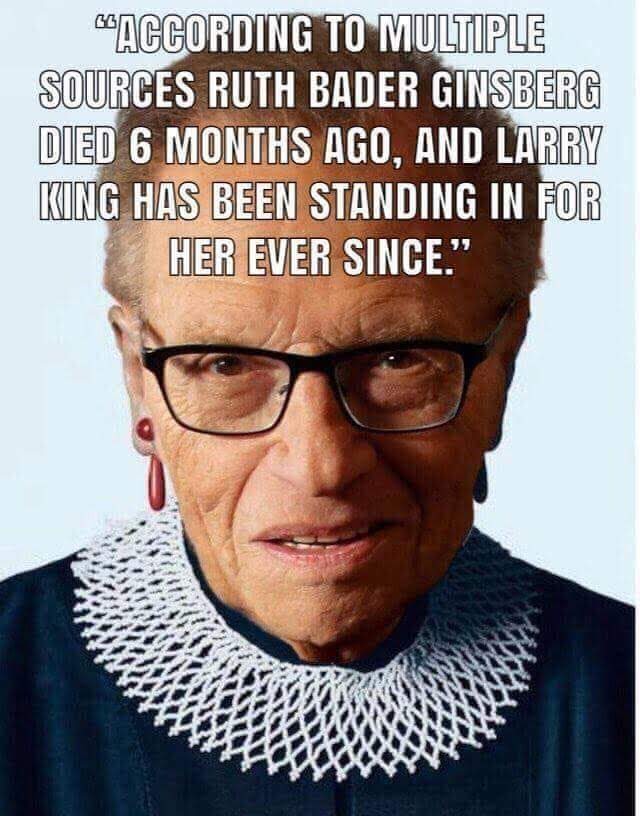 Is it just me or are the Clinton’s and their “ilk” like the stink you get when you don’t shower for a couple weeks? You know it just doesn’t go away? Because that’s what her merry group of degenerates have turned into. Earlier it was Jimmy Carter, they unfroze him to parade around regarding a special election in Georgia…no word on if Carter appeared in Georgia USA, or Georgia near Russia, but I digress. Then it was Carville, he hasn’t been relevant since he played Judge Doom in who framed Roger Rabbit! Oh wait, that wasn’t him? Well have you seen Carville and Doom in the same room ever? I rest my case! Maybe Hillary should have heeded his advice: It’s the economy stupid! And don’t forget about healthcare…instead she forgot about the deplorable. No word on if Carville considers himself a deplorable…he looks like one for sure.

However I digress, this blog is about Hillary and once again like that stinkin’ that doesn’t go away, she reared her very ugly face Wednesday regarding Judge Kavanaugh, saying “people need to take each of these situations on their own merits” and “their should be due process for everyone involved.” Puke! Oh wait now it makes sense Kavanaugh was nominated by a Republican, and all white males have raped women regardless of how great the witnesses are. Heck take Joy Behar (D-Really retarded) word for it.

No I think I would rather take Juanita Broderick’s word for it, since she accused William Jefferson Clinton of rape and was shot down by Hillary. Check out these tweets, Broderick literally body bagged Hillary Wednesday.

“She grabbed ahold of my arm… and she says with this very angry look on her face… ‘do you understand everything that you do?’,” Broaddrick said. “At that moment, I felt she knew [about the alleged rape] and she was telling me to keep quiet.”

Then Paula Jones, another Clinton accuser came in from the top rope!

“It’s really unbelievable if [Hillary] said all women have a right to be heard… Why not me, Kathleen [Willey] and Juanita?” Jones asked.

The Chief doesn’t even have to have any hot takes this blog is already on fire….someone call the ambulance! Tell them bring body bags!!!!!!!!!!!!!!!!

One more time, hit them with some pure genius Carville:

James Carville dismissed Jones by saying that anyone would seek litigation if “you drag a $100 bill through a trailer park” — and how that sentiment was shared among Democrats.

Oh my goodness, white hot take from someone so ugly Barnum and Baily’s Circus won’t hire him! Frankly anyone seen animal crackers lately, Barnum and Bailey even let the animals out of the cage he is so ugly! Remember Obama banned cruel and unusual punishment! By the way Carville just to correct you, its not called a double wide if you park your old rusted-out pickup next to your single wide! In fact if I drug a $100 bill threw a trailer park I would likely catch your wife…trying to get away from you!!!!!!

Back to Hillary..I’m glad you have come full circle and want to hear women accused of rape, actually The Chief agrees, all women should have their story heard. Unless of course it is trash as brought forward by this idiot professor who I won’t even name. These actions also “allegedly” happened 30 years ago, so even if it did happen the statute of limitations is up. And why won’t she testify, everyone knows teachers and professors and far superior to the unwashed masses? Because it never happened. This is Hail Mary thrown up by a desperate politician who has seen poll numbers tighten going into this upcoming election. Congrats on getting re-elected Feinstein, I guess you want to finish your time on earth working against Trump.

PS why haven’t we heard form Paul Begala lately? Is he the latest Clinton associate to “commit suicide?”

PSS is there anyone else who believes me regarding this meme about Ruth Bader Ginsberg?