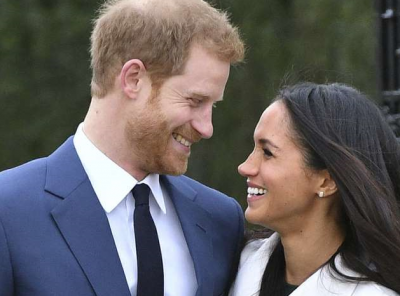 This article is an attempt to be serious about a serious subject that happens to be about pop-culture which is hard for me to take seriously. Anyway, here we go…

Apparently English Prince Harry is getting married in May. Harry is the offspring of Charles and Diana. And was born in September 1984. Harry is fifth in line to the throne so his odds of being crowned are about the same as the head of the US Department of Agriculture becoming President after an alien invasion from Mars during a full moon on a leap year.

Harry has a reputation of being a “wild child”. He was drinking and smoking pot at age 17. In 2012, He was photographed naked with a woman in Las Vegas. Note to youth that “what happens in Vegas (or Facebook) doesn’t always stay in Vegas”.  Harry “knew” in a biblical sense many women as he sewed his royal oats across the globe. Many young women are sad that Harry is finally “settling down” but most of their fathers are relived.

His soon to be bride is this Meghan Markle lady from here in crazy California. I really love how the Brits worded this: “Miss Markle’s multi-faith upbringing is not uncommon in California where she was born in 1981. ” Harry’s betrothed was previously married and divorced. Below is a timeline of some parts of their lives.

What caught my eye about this whole affair (pardon the pun) was the story about the secret baptism of Meghan by the Arch Bishop of Canterbury.
The reason for the timeline above is to show that there is nothing remotely religious in the lives of either Harry or Meghan. Harry, despite a litany of youthful indiscretions, is going to be married in the church because that is what gentlemen do. The article tries to focus on Meghan but clearly there isn’t much to work with. Here are the quotes that caught my eye. Please note that while all are from the same article, I’m placing them in a different order.

Her father, a retired Hollywood lighting director, was Episcopalian – the main US offshoot of the Anglican Church – while her mother belonged to another Protestant denomination.

After her parents split, Miss Markle attended the Roman Catholic Immaculate Heart girls’ high school in Los Angeles, although she was not Catholic.

Her first husband Trevor Engelson was Jewish but she did not convert to his faith. The couple met in 2004 and married in 2011 but were divorced two years later.

Folks, this is the typical California Liberal family, teach no values to the child and let them decide for themselves when they get older. Guess what, if you raise your child with no religious values then you are evil, if you don’t raise them on the Scriptures you are a fool.

As you read the article, it gives you the reason that Meghan was baptized.

Miss Markle did not need to become an Anglican in order to marry Harry in church, but at the time of their engagement last November she made clear she had chosen to be baptised and confirmed out of respect for the Queen’s role as the head of the Church of England.

This paragraph is such a target rich environment that I could write a book or at least a lengthy tract on it.

Please note that nowhere in this article is Jesus, repentance, belief, gospel, or conversion mentioned. Meghan is being baptized and confirmed out of respect for the Queen’s role as the head of the Church of England.

Meghan, baptism is about a relationship with the King of Kings not your grandmother-in-law. It’s an outward sign of an inward change, one which apparently you have yet to experience.

Meghan reminds me of a line from a Steve Camp song from 1988:

We’ve been treating God,
Like He’s happiness for hire,
We’ve been playing marbles with diamonds.

Tuesday’s service observed the full ritual of the Church with holy water from the River Jordan from the private Royal Family font poured on Miss Markle’s head.

I’m not going to comment on the water used for the ceremony being from the Jordan River except to say that this is overindulgence and conveys no merit to the recipient.

Meghan Markle has been baptized into the Church of England in a secret ceremony with Prince Harry at her side.

Juxtapose this with the Bible

Whosoever therefore shall confess me before men, him will I confess also before my Father which is in heaven.

Also I say unto you, Whosoever shall confess me before men, him shall the Son of man also confess before the angels of God:

Meghan my Baptist alarm is screaming in my head when I read stuff like this and I haven’t been a Baptist in over three decades! Baptism is a public profession of faith. I’m not saying that you need to buy time on the BBC and broadcast live from the banks of the Thames but secret ceremony. Bah.

Folks, these guys including the Arch Bishop, are as clueless as the Pharisees were in the time of Christ. Meghan, this article makes you the posterchild of the slogan that Christianity is a relationship not a religion. Your works, upbringing, and marital status don’t save you or anyone else. If your faith and marriage are not built upon Christ, then get out now because you will never be fulfilled apart from Jesus. I hope God does a work in your lives because the deck is really stacked against this marriage lasting.