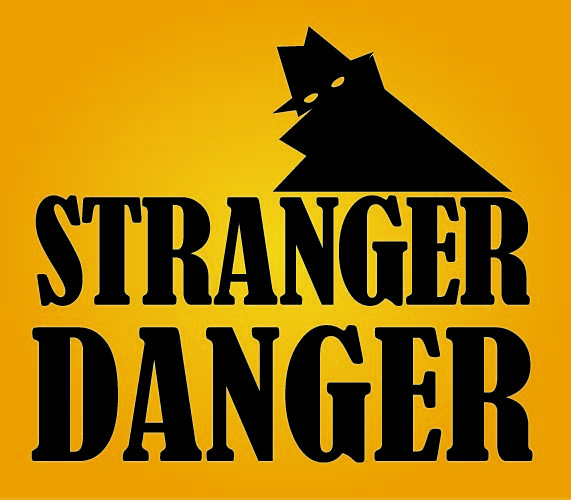 I often critique or admonish the behavior of other folks on this blog. Often it is because of something that I care about or view as a potential learning opportunity for readers. This blog post is about my church and a set of problems that I have been having with them. I can think of three things with which I have real disagreements with the leadership. Two of the three will be discussed publicly and the other will not. The present subject is the first upon which I wish to vent.

The Bible has much to say on the subject of strangers. Some folks clearly do better than others in regard to how they treat new people. Here are some sample passages from the Bible:

• Rahab the harlot treated strangers well and became an ancestor of Jesus.
• The people of Sodom and Gomorrah wanted to fornicate with the strangers (angels) visiting their cities on the final night of their existence.
• Joseph treated his brothers harshly and with many trials before revealing himself.
• The disciples were told that if they were treated badly to shake the dust off their feet when leaving an unwelcoming town.
• Hebrews tells us, “Be not forgetful to entertain strangers: for thereby some have entertained angels unawares.”
• Exodus reminds the Jews, “Also thou shalt not oppress a stranger: for ye know the heart of a stranger, seeing ye were strangers in the land of Egypt.”
• Matthew quotes Jesus, “For I was an hungred, and ye gave me meat: I was thirsty, and ye gave me drink: I was a stranger, and ye took me in:…”
• Paul wrote the Ephesians, “Now therefore ye are no more strangers and foreigners, but fellow citizens with the saints, and of the household of God;”
• John said, “Beloved, thou doest faithfully whatsoever thou doest to the brethren, and to strangers;”

Given the weight of biblical evidence, it is clear that we are to treat strangers the same way as those we know. People that have one set of rules for themselves and another for the masses are violating Scripture.

Furthermore, those claiming any part in the theology of John Calvin bump into the doctrine of Predestination. One thing that Predestination means is that everything has been ordained by God for His purposes. Unfortunately for my church, that includes encounters with strangers.

My church is openly hostile of strangers. We meet in a rented public building next to a very large park. We place signs out on the street showing folks where we meet and then lock all the doors to the building. We used to have unlocked doors that were guarded. For some reason, allowing folks to enter the building that want to use the bathroom is equated with inviting bad guys into our place of worship.

Many men in my church carry firearms to the service and many of the young men carry as many as three knives. Young children are expected to be escorted to the bathroom and are never left unattended.

Are we hyper-Calvinists or what? Why can’t a stranger entering our door be viewed as a Providential appointment to share the Gospel? Why not expect that people will respond favorably to Christ and stop assuming that everyone that we don’t know wishes us ill or is at least an irritation that we don’t want to deal with? What happened to give a cup of water in the name of the Lord?

It is ironic that members lament that our numbers are not growing and wonder why? “Welcoming” is never a word used to describe our fellowship. It seems to me that we are way too busy hiding under our bushel basket instead of being a light. Yeah, lights may attract moths but it also can lead people to safety.

The final irony is that two members of the congregation are registered sex offenders and nobody is afraid of them. (This policy towards strangers predates the attendance of either man.)