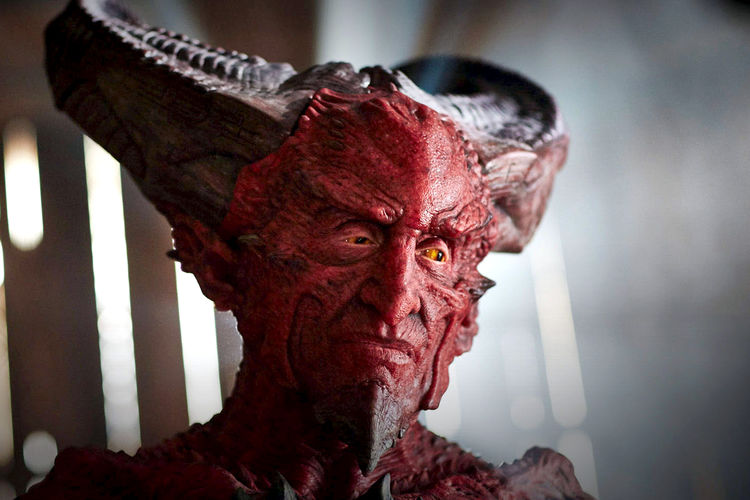 This week I watched the three part presentation of Childhood’s End on the SyFy channel. The program looked interesting. It was a modern take on the 1953 story by Arthur C Clarke. I have not read the book by Clarke but I did read the summary on Wikipedia.org just to get a feel for what the story was about.

During the six hour program, there were some iconic scenes in this drama that I have seen in other movies. It appears that Clarke was influential on others. The spaceships arriving over the large cities of the world seemed like a redo of Independence Day or the TV show V. Part 3 had some portions that reminded me of the last part of 2001—a much later novel by Clarke. Some parts were like the movie portrayal of Carl Sagan’s Contact. Some of the Midwestern farm scenes were similar to Christopher Nolan’s Interstellar. One scene with the farm house was reminiscent of Poltergeist.  I also thought of Hellboy and the video game series Diablo for a couple of reasons.

These other movies all came between the novel publication and the miniseries of Childhood’s End. Who properly deserves credit for copying whom is probably debatable. The photography and visual effects were really good for something produced by this NBC owned cable network.

The story was tweaked to fit a 21st century setting as opposed to one at the height of the Cold War and prior to the “Space Race”. The story was about aliens coming to our world to end, war, poverty, and disease. They established a utopia for man’s existence. Had the story gone a different direction at this point, it could have become the famous Twilight Zone episode To Serve Man.

The story goes that the utopia or “golden age of man” not only ended war, poverty, and disease but all organized religion as well. In fact, part 2 of the miniseries opens to a cover of John Lenin’s song Imagine. The world created by the alien race was a verbatim fulfillment of the song.

So who were the aliens that brought all this about? I was expecting E.T. , or some guy in green make-up, but no; in the last five seconds of part 1, we get to see the Overlord, Karellen. Karellen is an alien that is a dead-ringer for ol’ scratch himself. I’ll let Steve Taylor describe him:

When the wind came hissing through the vents,
And I felt my sneakers growing tense
My forehead broke in a cold, cold sweat
In the rearview was a silhouette
Then I heard the doorlocks take a dive
And a whisper screamed “Don’t turn around, just drive”

Scratch! Dressed in red—pointy tail and horn-rimmed head
And a widow’s peak like Eddie Munster

Yeah, the aliens looked like Diablo or Hellboy without big muscles.

Clarke did this on purpose. Not only did he have to do away with organized religion but he had to do it in a way that directly tries to confront Christianity. Here are some things that came to my mind as I think about the program.

• Satan and those that look like him are the good guys.
“Five decades after their arrival the Overlords reveal their appearance, resembling the traditional Christian folk images of demons: large bipeds with cloven hooves, leathery wings, horns, and tails.” –Wikipedia
Satan doesn’t look like Scratch but appears as an angel of light. The time frame in the TV show was less than the fifty years in the novel.

• Ouija boards are good
People with psychic powers use Ouiji board to find the homeworld of the Overlords.
In the Bible, seeking knowledge from the spirit world is forbidden. We are to rely solely on God.

• All humans are rendered incapable of having children
Children are a gift from God and part of the mandate to take dominion over the Earth. Infertility is not normal. A closed womb can be a sign of divine judgement.

• Children are mutated (or evolved) into higher beings
Man will never change or evolve; our technology may change but only the Gospel of Jesus Christ can transform mankind.

• God is the creation or a least the consciousness of it
“Karellen reveals the Overlords’ purpose; they serve the Overmind, a vast cosmic intelligence, born of amalgamated ancient civilizations, and freed from the limitations of material existence.” –Wikipedia
This contrasts with the Biblical teaching that God is separate from the creation but interacts and sustains it.

• The portrayal of Christians on the show is of deluded souls who deny reality.
The false dilemma of faith being not only at odds with science but in direct opposition to it is perpetrated. Christians believe that God made the material world and that because God is a God of order and perfection that the creation is in fact knowable. Christianity is the basis of science not its adversary. The universe is not random chance, probability, and time. Such a world would be unfathomable.

• Clarke’s metaphysics are nonsense and not internally consistent.
Since Childhood’s End is an earlier work than 2001, the portion of the miniseries dealing with the death of a main character is less of an LSD trip than the Star Child junk at the end of 2001. In Childhood’s End, it’s a cross between that scene and John de Lancie’s Q running amok on the holodeck in TNG.

Clarke wants an afterlife but without God. It’s appointed for man to die and after death to face judgement, but it’s a prospect that Clarke tried to avoid.

We believe that the world was created, has a purpose, and will end someday. Some Christians believe we are living near the end times while others say we are still in the age of the early church. I know some that say we will go to the stars and populate other worlds. They see no contradiction with such an idea. My friend David Chilton was one who held this position.

Science fiction does not have to be hostile to organized religion. Babylon Five is a great example of such a futuristic place. Clarke, Sagan and others want to abolish it. Gene Roddenberry was another. He got very upset when he learned Christians embraced much of his vision of the future. In fact, one episode of the original Star Trek was devoted to Christianity but it has rarely ever aired in syndication. The episode is of a parallel Earth where it took two thousand years for Christianity to finally overcome the Roman Empire.

Childhood’s End starts with much promise but implodes completely before the end of the second part. The final installment becomes laborious to watch. The most interesting part was the man that travels to the Overlord’s homeworld. Their home looks suspiciously like Hell, complete with fire and brimstone. Unfortunately, all we get is a brief glance of the planet followed by some more metaphysical nonsense and the poor guy is whisked off to a dead Earth.