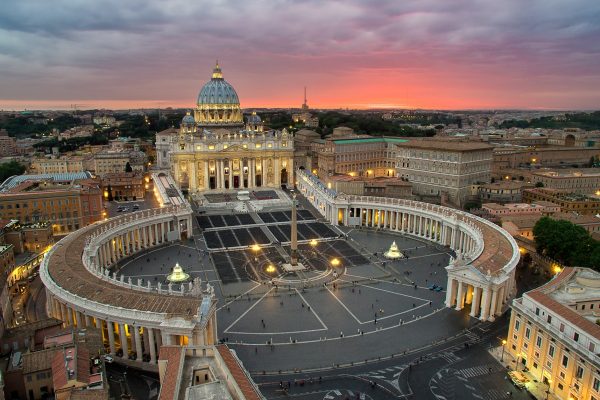 On the 50th anniversary of Vatican II, the Roman Catholic Church has affirmed its agreement of a basic tenant of dispensational theology. Namely, the Catholic Church should not actively work to convert Jews.

“Dr. David Kessler…said it was the first time a repudiation of active conversion of Jews had been so clearly stated in a Vatican document.”
http://www.theguardian.com/world/2015/dec/10/vatican-tells-catholics-not-to-attempt-to-convert-jews

Contrast this with Jesus’ own words to a Jewish audience, “I am the way and the truth and the life. No one comes to the Father except through me.” John 14:6

“Whoever believes in him is not condemned, but whoever does not believe stands condemned already because he has not believed in the name of God’s one and only Son.” John 3:18

The New Testament affirms that salvation is only through Jesus. This is true for both Jew and Gentile. Salvation is not different for different folks.

The apostle Paul, a Jew by birth and Pharisee by training wrote, “Brothers, my heart’s desire and prayer to God for the Israelites is that they may be saved.” Romans 10:1

All have sinned (both Jew and Gentile) and fall short of the glory of God. Romans 3:23

Contrast this with another quote from The Guardian article, “The report also said that while it is only thanks to Christ’s death and resurrection that all people have the chance of salvation, Jews can benefit from this without believing in him.”

“But these are written that you may believe that Jesus is the Christ, the Son of God, and that by believing you may have life in his name.” John 20:31

Paul wrote to the Church in Galatia, “Does God give you his Spirit and work miracles among you because you observe the law, or because you believe what you heard?” Galatians 3:22

“And without faith it is impossible to please God, because anyone who comes to him must believe that he exists and that he rewards those who earnestly seek him.” Hebrews 11:6

Clearly this teaching of Roman is heresy and stands at odds to the core message of the Christian Gospel. Somehow Rome has been confused.

The article also mentions, “The council, widely known as Vatican II, disowned the concept of collective Jewish responsibility for the crucifixion of Christ, decried antisemitism, emphasised the shared heritage of the two faiths, and launched a theological dialogue that traditionalists have rejected.”

Yeah, you knew the Holocaust was in here somewhere. Somehow, certain folks have twisted the Scriptures related to the crucifixion of Jesus where the Jews says, “All the people answered, ‘Let his blood be on us and on our children!’” Matthew 27:25

Secular historians have concocted this idea that people like Martin Luther—citing this verse—evolved into a justification for the Holocaust under Hitler. This is a perversion of the Scripture and history. Hitler was not a Christian. His Eugenics, National Socialism, and other ideas have roots in Darwin not Scripture. Some of these ideas might have been wrapped in the language of patriotism and faith but they are neither.

“Let his blood be upon us…” was fulfilled in 70 A.D. Both the prophecy of Matthew 24 and most of the book of Revelation describe the fulfillment of the Jews being punished for their disbelief.

Look at the chronology of Matthew. In chapter 24, the judgement of Israel is foretold, the reason why occurs three chapters later. Its fulfillment was within the generation that heard Jesus speak the words just as he foretold. “I tell you the truth, this generation will certainly not pass away until all these things have happened.” Matthew 24:34

To perpetually blame the Jews as the reason Jesus died is just wrong. It was part of God’s Plan. The Bible is clear that the Jews may have wanted Jesus to be crucified but only the Romans had the power to make it happen. Furthermore, the Gospel is that we deserve to be on the cross because of our sin but Jesus—who was innocent—died in our place; a sacrifice that was pleasing and acceptable to God. The Gospel is that we died with Christ and are raised into his Life.