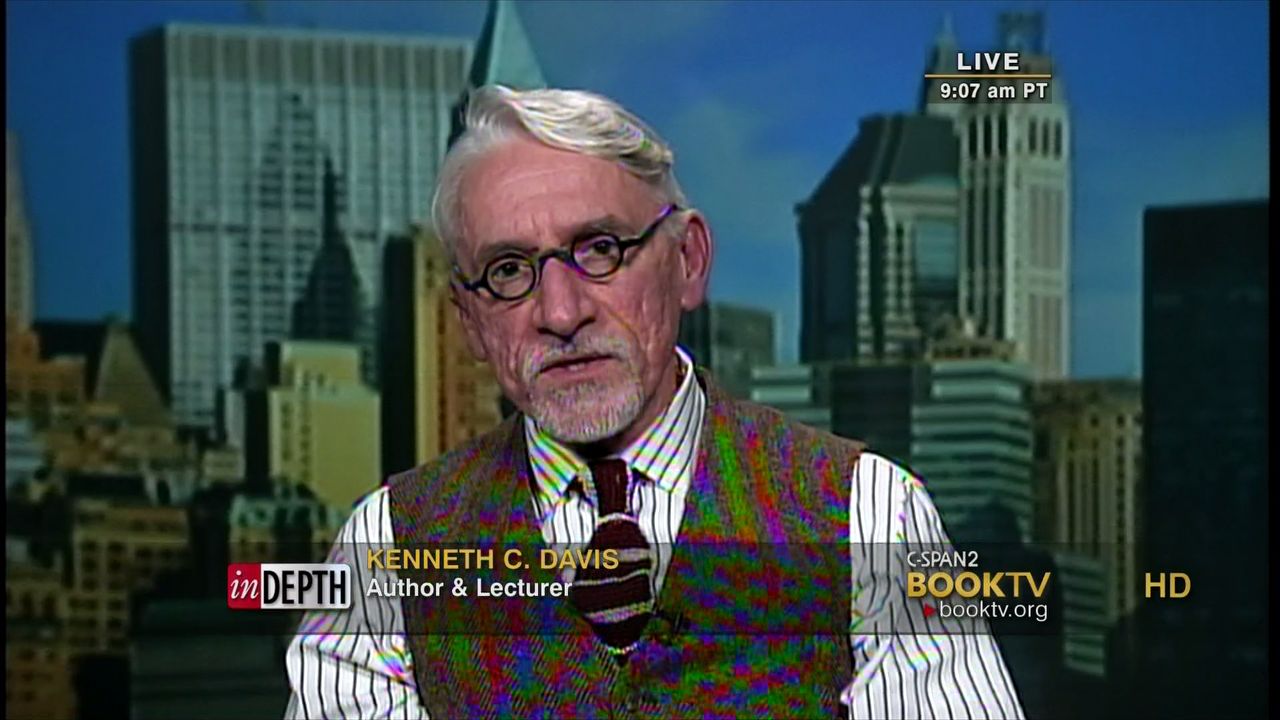 My wife ran across an article that appeared on the Des Moines Register website. It was called “Historian: Why U.S. is not a Christian nation” by Kenneth C Davis.
http://www.desmoinesregister.com/article/20110715/OPINION01/107150352/1001/NEWS/?odyssey=nav|head

The author “cherry picks” a few historical references—mostly related to Thomas Jefferson—and his letter to the Danbury Baptist association to try to prove the “wall of separation between church and state” is the original intent of the Founders. It is his contention that the belief that America was founded as a “Christian nation” was an invention of the 20th century.

The Constitution and the views of these founding fathers trump all arguments about references to God in presidential speeches (permitted under the First Amendment), on money (not introduced until the Civil War), the Pledge of Allegiance (“under God” added in 1954) and in the national motto “In God We Trust” (adopted by law in 1956).

And those contentious monuments to the Ten Commandments found around the country and occasionally challenged in court? Many of them were installed as a publicity stunt for Cecile B. DeMille’s 1956 Hollywood spectacle, “The Ten Commandments.” http://www.desmoinesregister.com/article/20110715/OPINION01/107150352/1001/NEWS/?odyssey=nav|head

This is dishonest history disguised as scholarship. Please note that he does not quote anything prior to 1954 that references God to try to prove his argument. Were he an honest historian, Davis would give the reason that God was added to the Pledge and our Motto was a reaction to the rise of the Soviet Union and their official doctrine of a secular, atheistic empire. No one that knows history would use these things as the only proof that America was founded as a Christian Nation. This is a simple misdirection on his part.

As Paul Harvey used to say, “And now the rest of the story.”

When the monument was under construction in 1854, the Washington National Monument Society ran out of money and the project ground to a halt. Twenty-five years later, the U.S. Government took over and completed the upper two-thirds of the structure by 1884 using marble from a different quarry. http://www.nps.gov/wamo/faqs.htm

On the 140-foot landing of the monument, a memorial stone is inscribed with a prayer from the city of Baltimore. It reads “May Heaven to this union continue its beneficence; may brotherly affection with union be perpetual; may the free constitution which is the work of our ancestors be sacredly maintained and its administration be stamped with wisdom and with virtue.”

On the 260-foot landing of the Washington Monument memorial stones quote Proverbs 10:7, Proverb 22:6, and Luke 17:6. These stones were presented by Sunday school children from New York and Philadelphia…

In addition, the following Scriptures appear on the Washington Monument. Below I quote the King James because this is likely the version that was used.

The memory of the just is blessed: but the name of the wicked shall rot.  Proverb 10:7

Train up a child in the way he should go: and when he is old, he will not depart from it. Proverb 22:6

And the Lord said, If ye had faith as a grain of mustard seed, ye might say unto this sycamore tree, Be thou plucked up by the root, and be thou planted in the sea; and it should obey you. Luke 17:6

Other taxpayer funded monuments include references to God and the Bible.

Further east, along the Mall’s north side, stands the National Archives.  No building in Washington, save perhaps the Library of Congress, is more emblematic of this nation’s desire to preserve its history as the key to a secure future. Carved in stone adjacent to the entrance of the Archives are the words “What is past is prologue,” appropriately introducing the original parchment of the United States Constitution inside. Inlaid at the Archives’ entrance is a bronze medallion of the Ten Commandments, surrounded by four winged figures representing Legislation, Justice, History, and War and Defense, a testament to the Archives’ architects’ bold witness to the centrality of biblical truth to the American experience.

Still further east, the level expanse of the Mall gives way to the gentle rise of Jenkins’ Hill, known by its more political name, Capitol Hill. Below the west front of the Capitol, where our presidents take their inaugural oaths, lay gardens planted with the offerings of people and organizations from around the world. One such planting is a group of five crabapple trees, donated by the people of Iowa in memory of the five Sullivan brothers, sons of the Hawkeye State, who served and died together aboard the U.S.S. Juneau in World War II. This living monument, eloquent beyond words, reminds Americans of the “costly sacrifice” so many families have laid, in Lincoln’s words, “on the altar of freedom.”

The U.S. Capitol also bears public witness to the legacy of biblically inspired faith that Americans have passed on from generation to generation. New England statesman and orator Daniel Webster was voted by the United States Senate in the 1980s as one of the five greatest senators ever to serve in that chamber. In 1851, when the new House and Senate wings of the Capitol were begun, Webster gave a speech that was deposited in the cornerstone. Its final words are these:

If, therefore, it shall hereafter be the will of God that this structure should fall from the base, that its foundations be upturned, and this deposit brought to the eyes of men, be it then known, that on this day the Union of the United States of America stands firm, that their constitution still exists unimpaired, and with all of its original usefulness and glory, growing every day stronger and stronger in the affection of the great body of the American people, and attracting more and more the admiration of the world. And all here assembled, whether belonging to public life or to private life, with hearts devotedly thankful to Almighty God for the preservation of the liberty and happiness of the country, unite in sincere and fervent prayers that this deposit, and the walls and arches, the domes and towers, the columns and the entablatures, now to be erected over it, may endure forever. http://www.religiousliberty.com/article-washington-dc-monuments.htm

US Capitol Building was built in 1793 and continued to grow periodically.

The whole Washington Mall was purposely designed as a crucifix. Google “Laus Deo” and see http://www.snopes.com/politics/religion/monument.asp for more information.

You may ask what about the contemporaries of Thomas Jefferson. Davis don’t go into that issue on purpose and neither did he explain what a test oath is or how it related to Article VI of the US Constitution. Why because it proves the falsehood of his claims.

Congress shall make no law respecting an establishment of religion, or prohibiting the free exercise thereof; or abridging the freedom of speech, or of the press; or the right of the people peaceably to assemble, and to petition the Government for a redress of grievances.

The last part of Article VI of the US Constitution reads:

The Senators and Representatives before mentioned, and the Members of the several State Legislatures, and all executive and judicial Officers, both of the United States and of the several States, shall be bound by Oath or Affirmation, to support this Constitution; but no religious Test shall ever be required as a Qualification to any Office or public Trust under the United States.

What is a test oath? It is an oath of adherence to certain beliefs in God and was often required in States as a condition of holding public office. It is consistent with the First Amendment that no national church be established. This keeps America from being just like England where the monarch was both head of state and head of the church.

In the Middle Ages, kings, princes, and feudal lords demanded oaths of loyalty from their vassals. Not just to the prince, but to his religion as well. After the Reformation, if a prince became a Lutheran, everyone in his realm became a Lutheran. By law. Anyone accepting a political office or public trust took an oath of loyalty to the prince and to the Catholic (or Lutheran, or whatever) faith.

In America, many of the colonies limited political offices to members of the Church of England, or other denominations. After the Revolution against Britain, very few people wanted their tax dollars to pay the salaries of the clergy for the Church of England (no surprise). But which denomination would be supported by taxes and oaths? The colonists decided to eliminate taxes and oaths which favored any particular denomination. Before the Constitution was written, every state had eliminated the requirement that public office holders be members of a particular denomination. The Revolution (not the First Amendment) effectively marked the end of test oaths and “established churches.”

But every state still required that politicians believe in God. Atheists could not take an oath of any kind. An oath was a declaration of belief in God. That’s what an oath is: The oath taker declares that he believes in God and that he is fully aware that God will judge him if what he says is false or if what he promises is not fulfilled.

At the time the Constitution was ratified, these two points were universally understood:

Both before and after the Constitution was ratified, the states required candidates to be Biblically qualified to take the oath of office. They were not required to affirm their membership in a particular denomination, but they were required to swear that they were Christians. If you were not a Christian, you could not hold office. http://vftonline.org/TestOath/WhatIs.htm

If memory serves correctly, Georgia was the last state to drop the requirement that a person had to believe in God in order to testify in a court of law. This was in the 1980’s. It makes sense; if you don’t believe that God will punish you for bearing false witness (violating one of the Ten Commandments) for lying on the witness stand then what compels you to tell the truth?

This is just a brief survey of the material that proves that the author, Kenneth C Davis is a liar. Properly understood, Jefferson’s wall only protects the Church from the State. http://www.usconstitution.net/jeffwall.html The Founders never envisioned that the State should be free from the influence of Christianity. Quite the opposite, our Founders assume that a Christian people are necessary for freedom and liberty. Davis isn’t interested in religious liberty; he is really advocating freedom from religion not of religion. Davis dare not cite the Mayflower Compact or other documents that came from the colonial period because none support his claim.

Jefferson’s letter to the Newbury Baptists was just an obscure document until the Supreme Court elevated it as the basis of a decision issued in 1947. So why is Davis so upset that “under God” was added to the Pledge just seven short years after has precious “wall of separation” was created by the Supreme Court? Jefferson’s wall doesn’t even mean what the Court said it did in 1947. It was just a tool to get them the outcome that they wanted; a “fig leaf” to give them political cover for their decision. It’s no different than the current Court quoting European law as precedent when no such case can be cited within our own court system. It is a device for the Court to legislate from the bench. Talk about violating original intent!