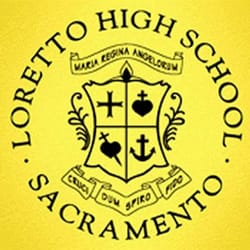 Katelyn Sills has done a document dump on her website posting the correspondence between her family and Loretto High School staff members. I have read all the documents on her site and find the response of the school administration both troubling and disturbing.

It is apparent that Sister Helen Timothy is a micromanager that lost control of this situation. It seems that she didn’t like a parent catching her mistake in a personnel matter. She also took offense that others knew about this issue and that it was not just between her and a parent. It is clear that the last straw for her was when her superior got word of this situation.

Clinically speaking, this is such a slam-dunk decision that it is difficult to see why it took Sister Timothy so long to act. Her ego and emotions clearly got in her way. Ms. Bain should have been dispatched months ago.

Having the vice-principal, Ms. Fuller, following Katelyn’s mom with a camera at the Open House and Sister Timothy’s irrational response to imaginary threats from the Sills family because they asked for prayer in this situation are not the actions of a lucid person.

If Sister Timothy had been more understanding of the concerns of Katelyn’s mom and had gone to the Bishop for advise and support which is part of his job as a Bishop then this matter would have been resolved weeks earlier and Katelyn would still be in school at Loretto.

Scott Adams—the cartoonist for Dilbert—says there is a right way, a wrong way and the weasel way. By hesitating to terminate Ms. Bain and cutting Katelyn off at the knees for something her mom allegedly did is definitely the weasel way.

If I was the Bishop in this situation, given what has transpired thus far, I would make sure that Sister Timothy and Sister Nelson are transferred to a Siberian Outpost over the summer break.

Katelyn, I think you will be a wealthy woman when your attorney finishes with Loretto. Think of it as the scholarship you would have earned if you stayed at the school.